The second race of an F1 triple-header, plausibly the most important three-week period of the season, will see the F1 calendar move from Central to South America with the Brazilian Grand Prix on Sunday, Nov. 14 at 12:00 p.m. ET. With Brazil expected to be another stronghold for Red Bull, this race could come down to damage limitation for Mercedes, just like Mexico City last weekend.

Interlagos has 15 turns, with two DRS detection zones: the first between turns 1 and 2 and the second between turns 13 and 14. This will be a race that runs counter-clockwise, unlike Mexico City. There is almost no chance of rain on Sunday.

Apart from altitude, Red Bull will be pleased with the technical nature of this track, with long straights in all three sectors of the Autodromo Jose Carlos Pace. That will allow Red Bull to use their strength down the straights as well as their superior Honda engine to use the tow and slipstream to compensate for places should there be an unlikely crash during Saturday’s Sprint.

Red Bull expertly used a powerful combination of the higher altitude in Mexico, a Honda power unit that has hardly failed all season and a masterful, aggressive driver in Max Verstappen to cut Mercedes’ lead at the top of the constructors’ standings to just one point. Verstappen and Red Bull will go to Brazil as heavy favorites over Mercedes because of those same factors.

While Brazil is not as high above sea level as Mexico, there will still be a significant influence of altitude on this race. Verstappen’s typical aggression has played an impactful hand in Red Bull’s resurgence this season. That was evident from his late breaking through turn 1 as Mercedes’ Valtteri Bottas failed to close the gap to his left. Verstappen used the slipstream along the straight to turn 1, drifted to his left and edged out Bottas.

That was basically the race done after the safety car exited because Mercedes were never in contention thereafter against a racing car that has made substantial progress, from an aerodynamics standpoint. Therefore, it’s hardly surprising that Verstappen is heavily favored for another race win in Brazil as odds of -175 attest to. 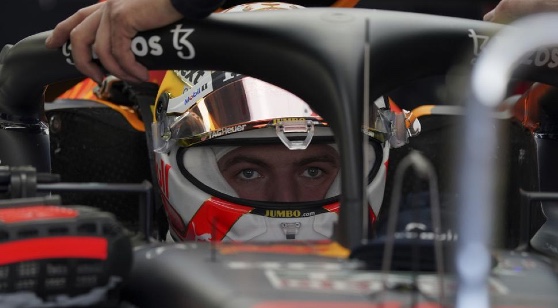 Max Verstappen has seen a podium result in six of his last seven races. (AP)

Somehow, Hamilton was able to stave off a resurgent Sergio Perez in his home race towards the end of the race. By his own admission, Mercedes had no chance against the strength of Red Bull in Mexico but he still finished P2 by expertly taking Perez just outside DRS range ahead of detection zones. That is a driver with immense experience still in one of the fastest cars in F1 presently. Hamilton to win in Brazil is currently at +225, according to Betway.

Considering Red Bull’s Perez has odds of +1000 and Mercedes’ Bottas is at +2000, there are no other candidates for race winner unless there is some rain or a significant error in judgement.

All factors, chicanes and corners point to another Red Bull double-podium. These are almost purely for technical reasons more than instinct despite Hamilton’s class. Odds of -175 are fair considering the ease with which Verstappen cruised to victory in Mexico. While this won’t be as straightforward, Verstappen should still be backed to increase his lead in the drivers’ standings after Brazil.

To a casual spectator, this market may seem like a punt in the dark. In fact, the fastest lap is one of the most technical markets in F1 betting. Here’s why. There is one world championship point on offer to the driver that picks up the fastest lap if that driver finishes in the top 10 in the race.

For that reason, constructors make strategic decisions to make a late, concerted bid to either pick up that point or prevent a direct rival from taking an additional point. This is done by pitting late in the race and putting on a set of soft tires, the quickest of all available options. In clear air, drivers usually have one or two laps to use this quicker speed to pick up the fastest lap for the race.

Like in Mexico, there is a fair chance that Valtteri Bottas will be used to prevent Red Bull from picking up that point should he have about 20-25 seconds of free air (the average time for an additional pit stop) in front of him. Bottas is unlikely to have a part to play in this race, and so this is more than just a risky bet.

Verstappen and Hamilton are all but assured of a top-three finish based on the evidence from Mexico. At this stage of the season, with so much glory at stake, you wouldn't expect either of these drivers to slip up, particularly at a track where they can make up for lost time and ground using the tow. Red Bull's Perez, with odds of -138, showed that he could even challenge Hamilton's pace, which makes him a fairly reliable target to finish on the podium as well.