VegasInsider.com and our friends from “3Dog Thursday” are in the midst of their fourth season partnering up on a weekly podcast. Senior handicapper Kevin Rogers and host T.J. Rives have teamed up since the end of football season to provide college basketball predictions, taking three underdogs weekly to cover.

The two of them are riding an amazing run in weekend college hoops, dating back to the start of March. Rogers and Rives each selected one dark horse winner (#3 seed or lower) to capture a conference tournament title as Rogers selected Iowa State to win the Big 12 and Rives nabbed Auburn to grab the SEC tourney title.

In the opening round of the tournament, both Rogers and Rives made three underdog predictions each.

Rogers correctly predicted that Saint Mary's, UC-Irvine, and Ohio State would cover their first round matchups. Both the Anteaters and Buckeyes each won outright.

The duo will make 3 underdog picks each for the 8 games on Thursday and Friday night for this week’s show.

They will also each pick a team that is not a 1 or 2 seed to make the Final Four in Minneapolis and explain why.

Check out the latest edition of "3Dog Thursday" here: 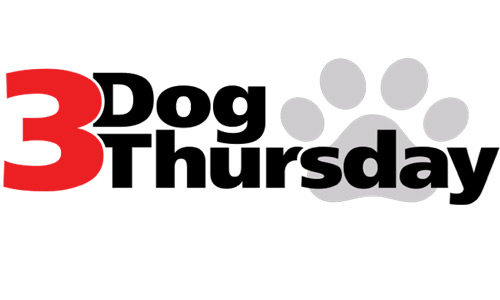