The Duke Blue Devils look to get back into the win column as they head to Pennsylvania to face the Pittsburgh Panthers. Tip for this ACC game is scheduled for 9 p.m. (ET) and will air on ESPN. 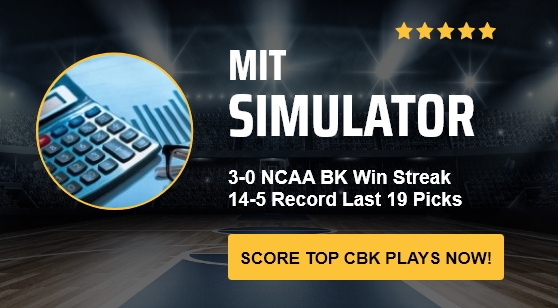 Duke enters as the road favorite, given a -3-point spread. The Blue Devils are sluggish against the spread, and that's being generous. Duke is 1-7 on the ATS this season, while Pitt has covered in six of nine games this season.

The point total is set at 142.5, which both teams have gone UNDER on more times than not. It's nearly split however, as the combined O/U for both teams is 7-9-1 this season.

It's been a year to forget for the Blue Devils, but all isn't lost. Matthew Hurt gives them a chance to win any given night, but this is a talented team with no experience at all.

The top three scorers are all underclassmen with Hurt, D.J. Steward and Jeremy Roach. They each average over 11 points per game, but the experience to close games out has ultimately hurt this team (especially on the ATS).

The Blue Devils played Virginia Tech very well, so there is optimism moving forward for this young bunch. They score a lot of buckets, making 28.3 field goals per game which ranks 63rd nationally. They also get a lot of steals, shown against Virginia Tech.

The lack of free throws and rebounding shows this team doesn't like to get gritty, which is needed in the ACC. They can win games against lesser talented teams SU and collect steals that lead to buckets, but covering is a whole other story with the lack of physical play in close games Duke displays.

Coach Mike Krzyzewski's prodigy Jeff Capel takes his team to battle against his former teacher. This will be fun from a story stand point, but you know Capel wants to win this game badly.

What makes Pittsburgh dangerous is that they are healthy, most notably Justin Champagnie. Champagnie returned against Syracuse and helped destroy the Orange by 20. He averages nearly 20 points per game and roughly 13 boards. In other words, he's a beast.

Him being back doesn't bode well for Duke, as Pitt has four players average four or more rebounds per game and a solid defense. Pittsburgh allows 65.3 points per game with a defensive efficiency rating of 91.7, ranking top 70 nationally in both categories.

This is a quietly dangerous team if Champagnie can continue to play inspirational ball, while Xavier Johnson, Au'Diese Toney and Ithiel Horton fill in the gaps. The issue for Pitt is depth, so it's truly on the shoulders of the top three scorers for Pitt to play well on both ends of the court.

Inside the Stats – Pittsburgh Panthers

This is a difficult game to pick, and it's hard not to take Duke as the road favorite. The game against Virginia Tech showed growth and quick learning from Coach K's bunch, but it's hard to side with a 1-7 ATS record to a road team that doesn't like to play physical.

Pitt's in inspiration mode right now, as Champagnie can carry this team to a win over almost anyone at home. Pitt's only two losses have come at home, ironically, while most of the wins haven't been overly impressive.

This is truly a measuring stick game for Pittsburgh, so take a chance on the underdog here and play the smart odds of Duke failing to cover seven of eight games this season. The point total seems to be a safer bet on going OVER the given 142.5, as both teams flirting with 70-75 point territory will clear the line.