The USC Trojans continue their road slate, looking to get back into the win column when they travel to face the Stanford Cardinal. Tip for this crucial Pac-12 game is set for an early 5 p.m. (ET) time and will air on FS1. 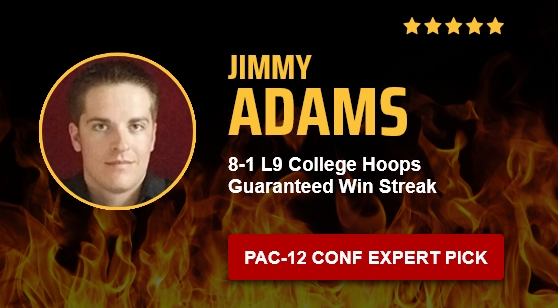 The Stanford Cardinal enter as home underdogs, given a +2-point spread against the visiting Trojans. USC's loss to Oregon State drops the Trojan's ATS record to 8-6 on the year. Stanford is split at 6-6-1 on the ATS this season.

USC finally hit its wall against the Oregon State Beavers, a game the Trojans had no business losing. This is reminiscent of Andy Enfield teams while at USC, a lack of consistency. This team is still very dangerous, and still has an 11-3 overall record.

The Mobley's, Evan and Isaiah, Tahj Eddy and Drew Peterson still give this team a talent advantage over most of the Pac-12 schools. Evan Mobley leads the team in points per game with 15, also averaging close to 10 boards.

Isaiah Mobley averages about 10 points and 7.5 rebounds per game, while Peterson runs quarterback with 3.5 assists per game to go along with 10.9 points and 5.6 rebounds.

USC's strength is its height, ranking eighth nationally in blocks per game (5.8) and 24th in rebounds per game (41.1). The inside game is theirs, making the 37th-most two-pointers and the 53rd-most free throws per game, something Stanford can combat (with one player).

If the Trojans beat Da Silva down low, they should be fine winning this game. The concerns are the spread, the three-game road stretch and the inconsistency from USC in general.

Overall, this team has more talent than Stanford but the game should swing towards USC at some point if they can win the battle of what makes them a good team - the inside.

Oscar Da Silva is the heartbeat of this team, and going to have to play as the best Cardinal if Stanford wants to win. As already discussed, the inside game is USC's to lose. They can lose it though, and it begins with Da Silva.

The senior averages 19.3 points per game to go along with 7.3 rebounds. He also has a team-high 0.9 blocks per game, which helps Stanford rank 87th nationally in blocks per game (3.9).

What makes Stanford a solid pick is that Da Silva isn't the only Cardinal who can play 'big man' ball. Although Da Silva is the best and most consistent Cardinal, Ziaire Williams and Jaiden Delaire each average a double-digit point total and over five rebounds per game.

Spencer Jones adds 0.8 blocks per game to the mix, so Stanford is very much capable of beating USC inside the post. It begins with Da Silva, who can carry Stanford alone, but if the names just mentioned play well on the glass and the interior defense, then Stanford can win this game SU.

Stanford is finally at home after playing six games away from the Maples Pavilion. The losses to both Utah and Colorado were ugly, but it's also the result of playing the back end of a six-game road stretch.

Regardless of the outcome, expect a much more focused and energized Stanford team that we probably haven't seen since early-January.

USC is the better team overall, but every outside variable actually favors Stanford here. USC is coming off an ugly loss to Oregon State, now on the second of a three game road stretch. Also, Stanford is now home after six games away from its home court.

All the signs point towards Stanford winning, but USC is still better on paper. Half betting seems to be the best play here, taking the home Cardinal who should win a half at minimum while playing inside Maples.

<p< If you're brave enough, take Stanford points at +2 and playing at home. The point total is a bit low to wager on, but between the two it appears the UNDER is the better play. It would be rare to see either team touch 70, with USC tired and playing on the road while Stanford has a sluggish offense. Both defenses are formidable as well.

Sign up to get daily betting columns and advice delivered directly to your inbox.
We may be compensated by the company links provided on this page. Read more