A massive Big Ten game on Friday night sees the Michigan Wolverines travel to West Lafayette, Indiana and face the Purdue Boilermakers. Tip is set for 7 p.m. (ET) and will air on FS1 from the Mackey Arena.

WHERE TO BET MICHIGAN-PURDUE

Michigan is the road favorite, given a -3-point spread against the home Boilermakers. Michigan has covered 10 of 13 games this season, while Purdue is split at 7-7-2. 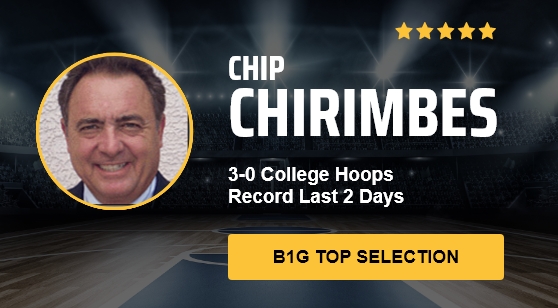 Michigan has made college basketball bettors a lot of money this season, covering 10 of 13 games with tons of talent. The Wolverines average the 39th-most points per game (80.5) and hold the nation's 20th-best offensive efficiency rating.

These three lead a deadly Michigan offense, but it doesn't stop there. Chaundee Brown, Eli Brooks and Mike Smith are all huge contributors as well. Smith is very important, the team's top ball handler with 5.8 assists per game and typically overlooked when defenses are planning against Michigan.

The defense for Michigan isn't terrible, ranking 81st nationally in both points allowed per game and defensive efficiency. They don't get steals though, only averaging 4.5 a game which ranks a woeful 327th. The blocks are there however, averaging 5.2 a game which ranks 14th.

Trevion Williams has seemingly carried this team during an impressive four-game winning streak. Now, Williams and the Boilermakers come home to face their toughest challenge yet. Can they win? Absolutely.

It begins with Williams though, averaging a near double-double and the one player that has to play well for a Purdue home win. Zach Edey is a huge difference in this game, as he will be coming off the bench for Williams to battle Michigan's bigs - specifically Dickinson.

Edey averages eight points a game with only 3.9 boards, but he is 7'4" and can compete with Dickinson as a big body. Williams typically doesn't get into foul trouble often, so don't expect the game to come down to Edey - but his performance is crucial in this one.

Sasha Stefanovic will need to hit his open three-pointers, as Purdue's top strength as a team is finding the open man for three. Stefanovic shoots 5.6 a game, so he will need to be lethal from outside if getting into a track race with one of the nation's top offenses.

A lot has to go right for Purdue to win this game, but Williams as the veteran with experience going up against a freshman center might bode well for Purdue. If Williams can get Dickinson into foul trouble early, then Purdue's backcourt just needs to hold their own (and make the open threes).

It's tough to pick against either team here, as Michigan has a 10-3 ATS record that can't be ignored. Also, Purdue is on fire and Trevion Williams is playing some of the best basketball in the country. If push comes to shove, go with the 10-3 ATS Michigan has to cover a small spread in a close game.

The point total should go OVER too, as the 137.5 point total seems awfully generous. Both teams are capable of touching 70 in this one, as Michigan averages 80 a game. Go with the O/U odds that see the teams combine for a slightly favorable OVER record of 16-13. Expect Purdue to keep pace with Michigan rather than Michigan slow down to Purdue's.