The Utah State Aggies look for revenge in a massive mid-major clash in the Mountain West, facing the Boise State Broncos. Tip for this bubble game is set for 10 p.m. (ET) from the ExtraMile Arena in Boise, Idaho.

Boise State is the slight home favorite, given a -1-point spread although that line has jumped to -2 with a few sportsbooks. Both schools cover the spread well, with Utah State covering 12 of 18 games this season. Boise State has covered 12 times as well, with a 12-7-1 ATS record. 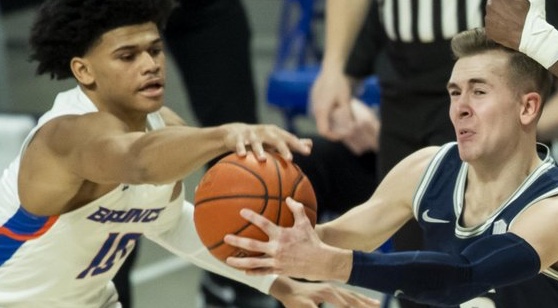 The Utah State Aggies looks to bounce back after suffering a 79-70 loss to thew Boise State Broncos on Wednesday night. (AP)

Utah State ranks 17th nationally in points allowed per game, which couldn't have been further from the truth in game one. The Aggies allowed Boise State to attempt 17 free throws in the game, as the Broncos made them pay by only missing two. The Aggies saw five players with three or more fouls in the game, with star Neemias Queta accumulating four.

Utah State will not win this game if they continue to foul with their big man in trouble most of the game. He was able to rattle off an impressive double-double however, so not all was lost with Queta in game one. The offense didn't struggle at all, as the main issue for Utah State was allowing 79 points.

Boise State is a tough offense to contain, especially when playing in Idaho. However, Utah State is more than capable of keeping pace in a sprint to the finish line. Marco Anthony and Justin Bean average a double-digit point total, as they each scored 10 or more points on Wednesday.

However, the one name that has to step up for Utah State to mirror a high-scoring game is Brock Miller. He is capable of touching 20 points with the talent he has, but has scored eight points or less in three of his last four games. With bubble implications on the line and now facing a good offense on the road, he has to do better.

He missed all five three-pointers attempted on Wednesday, while failing to attempt a two-point shot in two straight losses earlier against Colorado State and UNLV. Basically, when Miller is reliant on shooting from one area of the court he tends to struggle. When Miller balances out his shot selection he is much more effective.

Counting on the Utah State defense to win this game on the road brings little conviction, despite how good they are. The formula for game two shouldn't change much for Utah State. Yes, they can and should play better defense (easier said than done) but the burden of success for the Aggies in game two does rely on Miller's shoulders. 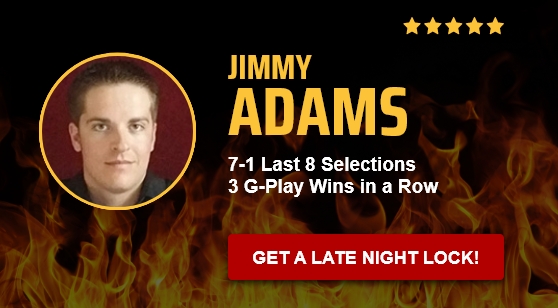 Boise State looked very impressive on Wednesday night, as the Broncos playing at home is hardly the concern with this squad. The Broncos are 10-0 when playing in Boise, and features one of the most balanced clubs in all of college basketball. The efficiceny ratio for offense and defense is among the best nationally.

Utah State is far too good of a defense to allow the same player to beat them twice, so production will be needed elsewhere for the rematch. This points to the second-highest point scorer on the team in Abu Kigab, who only saw eight total points on Wednesday. He was one of four players to score eight points in game one, so he or someone else will need to help score points as the Aggies will surely be all over Alston and Shaver.

With Utah State winning three of its last four games after losing the game prior, and the fact that its very difficult to beat any team twice (let alone in a three day span), this makes picking the winner tough. Boise State is undefeated at home, but there is no argument for those who fancy Utah State instead.

With both schools averaging 74 points or more per game, take the OVER and side with Boise State's offense at home. Utah State has a very good defense, but the game being played in Boise with a ton of March Madness implications on the line seems reasonable to believe both schools will come out with high-tempo offenses.

Side with the low point total given (138.5), both teams averaging 74 points or more per game and the game magnitude forcing both teams to come out with fast tempos and go OVER. Neither team has to reach their point total average for the OVER to hit, assuming the point spread (one or two depending on the sportsbook used) is correct in predicting a close game.

WHERE TO BET UTAH STATE-BOISE STATE