The Texas Longhorns (13-6, 7-5 Big 12) travel to Austin to battle the Kansas Jayhawks (17-7, 11-5) in a key Big 12 conference battle, as the teams jockeying for seeding in the upcoming conference tournament.

The Jayhawks head into this game with revenge on their minds after being dusted 84-59 by the Longhorns at Allen Fieldhouse back on Jan. 2. It was the worst loss by a Jayhawks team in the 18-year tenure of head coach Bill Self, and it tied the worst loss in KU's history at home. Missouri also topped Kansas 91-66, a 25-point margin, on Feb. 1, 1989.

Since that game, the tables have turned quite a bit. Texas is skidding lately, losing last time out to West Virginia on its home court, 84-82. The Longhorns are just 3-5 SU/1-7 ATS across the past eight games.

On the flip side, Kansas pulls into Austin with a lot of swagger. They have registered five consecutive victories and covers, which is a lot more Jayhawk-like than the ugly loss we saw from them in early January against Texas.

The Jayhawks have been doing with it lockdown defense, yielding just 50.7 points per game across the past three outings, although two of those games were against conference doormats Iowa State and Kansas State. 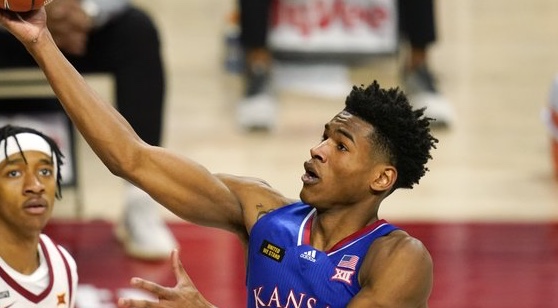 As mentioned, Kansas comes in on a five-game win and cover streak since its last setback Feb. 6 at West Virginia. While yes, two of those wins are against a very poor Iowa State team, they still managed to cover a double-digit spread in each game of that home-and-home set. And yes, they dusted a bad Kansas State team by 18 points, but they held the Wildcats to 41, and covered a 12.5-point number.

And book-ending those three wins against two poor teams are impressive victories at home over previously-ranked Oklahoma State, 78-66 on Feb. 8, and Top 20 Texas Tech, 67-61, last time out on Feb. 20.

The Jayhawks head into this one on a three-game UNDER run, scoring 67 or fewer points, while allowing the 50.7 PPG over the past three. Bill Self looks to have this team playing more like a Virginia lately, than a high-flying, up-tempo squad, but it's working for the Jayhawks.

Overall, KU hasn't been a great offensive team. They're scoring just 73.7 PPG to rank 123rd, and they're so-so from the field at 44.0 percent, or 188th in the country. On threes, they're hitting just 35.0 percent for a marginal 121st ranking overall.

Defense is where this team has had success, allowing just 66.0 PPG to rank 67th, while opponents are hitting just 41.0 percent from the field, good for 62nd overall. While the OVER is 6-2 in the past eight for Kansas on the road, the UNDER is 4-1 in their past five tries against winning teams.

As mentioned, the Longhorns have been skidding, losing four of the past six overall, including three of its past four on their home floor. Not good. Texas has also covered just once in the previous eight games, so being favored by a bucket over red-hot Kansas might raise some eyebrows.

One thing which has been consistent for Texas lately, besides the losing and non-covers, has been the OVER. The Longhorns have hit the OVER in 10 of their past 12 games overall, and seven of eight conference matchups at home.

Texas is decent on offense, ranking 82nd in points scored at 75.7 PPG, while hitting 45.3 percent from the field to rank 112th. They're also 113th on threes, going 35.1 percent from behind the arc. They're not a very good free-throw shooting team, however, ranking just 241st with a dismal 68.4 percent, which can make bettors pull their hair out late when those points are needed.

On defense, the Longhorns are allowing just 68.5 PPG to rank 124th, and they're suffocating in terms of field-goal percentage, allowing teams to shoot just 40.7 percent against them, good for 49th overall.

Inside the Stats – Kansas Jayhawks

Kansas has revenge on its mind heading to Texas to tangle with the wounded, yet still dangerous Longhorns. Texas gave them a historic beating in early January, and Kansas would like to return the favor. And the Jayhawks are playing much better basketball than they were around the holiday, while the Longhorns have had a precipitous drop in quality of play.

You can expect the Jayhawks to use its slow-down tempo and suffocating defense to try and keep the Longhorns at bay. It worked against a good Texas Tech team, and it will work in this one. The Longhorns' confidence is shattered, and it seems like years since that signature win in Lawrence.