The Wildcats sits atop the Big East standings, holding a two-game cushion over Creighton with four games to play. Villanova will square off with the Blue Jays on March 3, looking to avenge a 16-point loss in Omaha on Feb. 13. But first things first, they need to take care of the Johnnies.

These teams met in New York City on Feb. 3, and the Red Storm dumped the Wildcats 70-59, winning straight up as nine-point underdogs as the UNDER (150) connected. That game magnified Villanova's recent struggles on the road, as they have lost two away from home. However, they remain strong on their home floor, which is the location of this one.

Villanova have won all seven of their home games to date, going 3-3-1 ATS to date, and the OVER is 5-2 in those seven outings.

St. John's is in the mix for a potential NCAA Tournament bid, but they could use another signature win like Feb. 3 against 'Nova. They damaged their chances a little bit with a stunning loss at home against DePaul on Saturday as 11-point favorites. Overall the Red Storm have dropped two of the past three, although one of the setbacks was a 76-73 overtime loss at Butler, certainly not a bad loss. 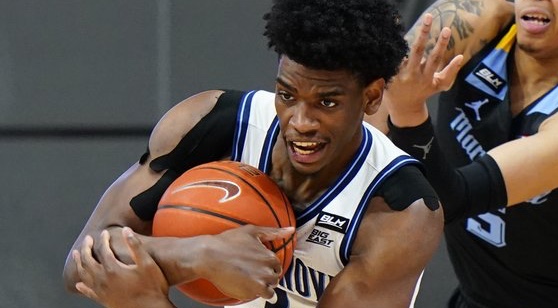 The Villanova Wildcats lead the Big East standings, winning nine of 11 conference games with a 9-7-1 ATS record this season. (AP)

St. John's sits sixth in the Big East, so they could use a little help wowing the committee if they want an at-large bid for the Big Dance. They can't really afford many more bad losses, and could use a signature win over a ranked team like Villanova to nullify that bad loss to DePaul last time out.

The Johnnies failed to cover an 11-point number against the Blue Demons, and they're 1-2 SU/ATS across the past three outings after an outstanding 8-0 ATS run from Jan. 12-Feb. 6 which made them a darling for bettors at the window.

Total bettors have been loving some St. John's lately, as the OVER has connected in four in a row, and the OVER is 4-1-1 across their past six games on the road, too, all inside the conference.

The Red Storm have been a fun team to watch, scoring plenty of points, while also yielding plenty on the defense end of the floor, too. St. John's averaged 80.1 points per game (PPG) to rank 29th in the country, and they're a pretty decent free-throw shooting team at 75.2 percent, good for 80th in the land.

Defensively, St. John's allows 77.2 PPG, which is good for just 313th overall, and they're letting the opposition hit at a 46.8 percent clip from the field, which is 312th overall. In addition, teams are hitting 34.7 percent from behind the three-point line, which is also not very good. 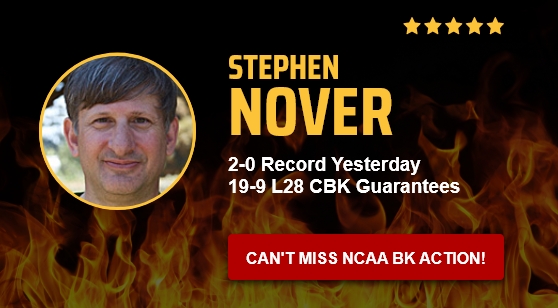 The Wildcats bounced back from a licking at Creighton on Feb. 13, posting a 68-60 win over Connecticut on Saturday, pushing at most shops on an eight-point number as the UNDER (137) comfortably connected. That slapped the breaks on a three-game OVER run for 'Nova.

Villanova has covered just once across the past five outings, including that non-cover against St. John's in the first meeting in NYC on Feb. 3. The good news for potential backers of Villanova is that they're 0-1-1 ATS across the past two, and they haven't failed to cover in a three-game span at any point this season.

Like St. John's, Villanova has a powerful offense, good for 77.9 PPG to rank 48th in the nation, and like the Red Storm, the Wildcats are a very good free-throw shooting team at 78.9 percent, good for 12th in the land. That will serve them well as we get into tournament time, but also is a boon to bettors who sweat out those late free throws.

Defensively, the Wildcats are solid, allowing just 68.2 PPG to rank in the top third in the nation. The Wildcats aren't very good defending against threes, as teams are hitting 36.9 percent against them from behind the arc, good for 317th overall. And their defensive field-goal percentage is at 45.8, which is 275th overall.

Inside the Stats – Villanova Wildcats

We just saw these play within the past couple of weeks, and it wasn't pretty. St. John's handled Villanova pretty well, and that was rather surprising. However, that was on the road for 'Nova, where they have looked rather mortal. On their home floor, they have an unblemished record and are brimming with confidence.

On the flip side, St. John's is just 4-5 SU/ATS on the road this season, and they're coming off a confidence killing loss against DePaul last time out. The Red Storm aren't in a good place, washing away all good feelings of their Feb. 3 win over Villanova. Still, they know they can not only hang with the Wildcats, but beat them soundly, and that counts for something.

WHERE TO BET ST. JOHN'S-VILLANOVA