The Oklahoma State Cowboys will face a familiar foe this Saturday afternoon when they travel to the Lloyd Noble Center to square off against the No. 7 Oklahoma Sooners. Game time on ABC is set for 3 p.m. (ET).

The Sooners have been opened as four-point home favorites for this in-state Big 12 clash. The total line for the game opened at 138.5 points.

Oklahoma State has put together a straight-up three-game winning streak to improve to 8-6 in conference play. It has gone 5-3 against the spread in its last eight games with the total staying UNDER in three of its last five outings.

The Cowboys are 1-3 both SU and ATS in their last four games against the Sooners heading into the first matchup in this upcoming home-and-home series. The total has stayed UNDER in four of the last six games between the two bitter rivals.

Oklahoma’s stunning five-point road loss to Kansas State on Tuesday as a 10-point favorite dropped its conference record to 9-5 SU and 9-4-1 ATS. It is 1-3 ATS in its last four games with the total staying UNDER in four of its last six contests.

The Sooners start this series at home with a SU 10-1 record this season. They have covered ATS in six of their last seven home games. 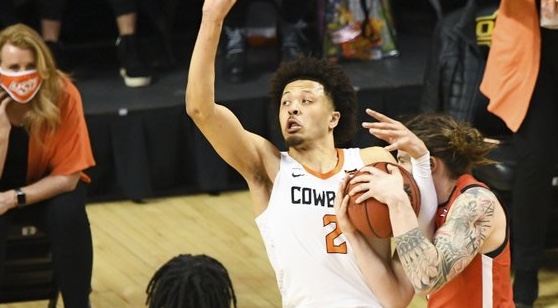 Cade Cunningham had the hot hand in Monday’s overtime win against Texas Tech with 20 points. The freshman guard has now scored 20 points or more in three of his last four starts.

Cunningham is averaging 18.7 points per game this season while shooting 44.3% from the field and 43.7% from three-point range. The Cowboys have five more players averaging at least nine PPG.

This adds up to a team scoring average of 75.7 PPG. Oklahoma State is shooting 45.5% from the field and converting on 33.5% of its shots from three-point range. It is also averaging 39.2 rebounds a game.

Defensively, the Cowboys have only allowed an average of 62.3 PPG during this current three- game run. Their season average in points allowed stands at 70.5.

The Sooners came out flat in the second half against unranked Kansas State in Tuesday’s loss. They shot 39.3% from the field and just 20% from three-point range.

In the losing effort, Austin Reaves ended that game with 25 points while connecting on nine of his 18 shots from the field. The senior guard has led the way all season long with 17.2 points, 5.6 rebounds and 4.9 assist a game.

As a team, Oklahoma is averaging 74.9 PPG and connecting on 44% of its shots from the field. This percentage drops to 32.7 beyond the three-point line. With four players averaging close to five rebounds a game, the team total stands at 37.6.

The Sooners have held opposing teams to fewer than 63 points in four of their last six games. On the year, they are giving up an average of 67.4 PPG. 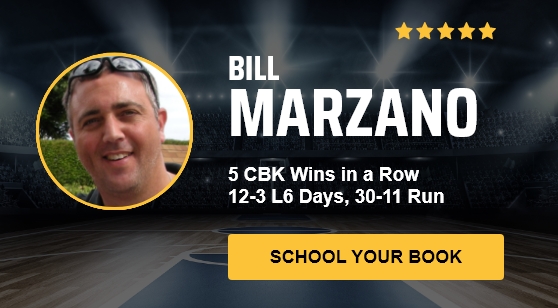 These two in-state rivals get the chance to play one another twice in three days with Monday’s game at Oklahoma State. Given the matchup at hand, home court could be the deciding factor in each game. I'm also giving Oklahoma the edge both SU and ATS on Saturday coming off a bad loss.

The recent betting trend on the total line in this series favors the UNDER, and I'm leaning that way as well for this game. The Cowboys are going to have to keep things tight on defense playing on the road. That should be just enough to keep the total scoring lower than expected.

WHERE TO BET OKLAHOMA STATE-OKLAHOMA