The opening spread for this Thursday night’s NIT quarterfinal tilt has been set as a PICK with the betting line for the total set at 147 points. Tip-off is set for 7 p.m. (ET) at Comerica Center.

Colorado State opened play in the NIT by squeezing past Buffalo by two points to force a PUSH in that tight matchup. The Rams have done an excellent job at winning the games they were supposed to down the stretch.

NC State also posted a few big wins closing out play in the ACC before beating Davidson as a slight underdog in its NIT opener. That momentum carries the Wolfpack to the straight-up win on Thursday.

These teams matchup extremely close across the board. I have the total going OVER as they both exceed their scoring average.

As one of the stronger teams in the Mountain West this season, the Rams faced some stiff competition with the likes of Utah State and San Diego State on the schedule. Their issue was playing away from home with a 4-7 SU record in 11 road games this season.

As a No. 1 seed in this tournament, it is surprising that Colorado State is not giving a few points on the betting line. NC State was farther down the final standings in the ACC at 9-8 SU in conference play.

The plus entering the NIT was a SU five-game winning streak before falling to Syracuse in the ACC Tournament. This is the type of team that can find a way to win even when it is not the best team on the court.

The total has gone OVER the closing total line in five of NC State’s last seven contests. It has gone OVER in 11 of its last 14 games played away from home. 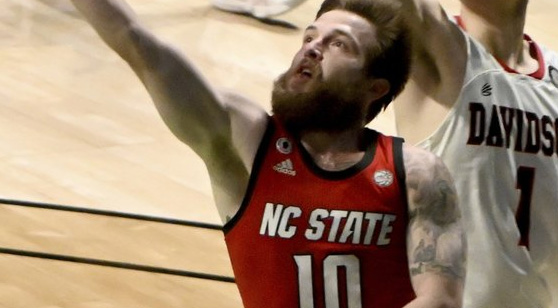 North Carolina State has quietly won six of its last seven games as it meets Colorado State on Thursday. (AP)

Colorado State went 7-2 SU over its last nine games but it falls to 3-9-1 against the spread in its last 13 games in March. It was 2-1 SU and ATS in three neutral-site games this season.