The two best teams in the country all season will square off for the national championship on Monday, January 10, 2022. There is no doubt that the Georgia Bulldogs and the Alabama Crimson Tide are the top teams in the land after their beatdowns of Michigan and Cincinnati on New Year’s Eve. We saw a lot of points from Alabama the first time these teams met in the SEC Championship Game, but I expect Georgia’s defense to handle the Crimson Tide better this time and that plays a major factor in my prop bets for this game.

We’ve seen some monster games out of Jameson Williams this year. Williams emerged as the top receiver for Heisman Trophy winner Bryce Young this season, supplanting the more established John Metchie III. Metchie’s injury has left Williams as the go-to guy in this offense, but Kirby Smart won’t let him carve up Georgia’s secondary the same way he did in Atlanta.

Williams had seven catches for 184 yards and two touchdowns against Georgia last month. It was one of his best performances of the season, but his 67-yard touchdown reception early in the second quarter was the result of a busted coverage on a trips formation.

Additionally, while Alabama had Metchie in the SEC Championship Game, he wasn’t available for the Cotton Bowl against Cincinnati. The Bearcats shifted coverage Williams’ way, and he wasn’t as explosive, averaging under 10.0 YPR for the first time all season. Georgia won’t let Williams beat the secondary over the top this time and dare Young to beat them with another receiver 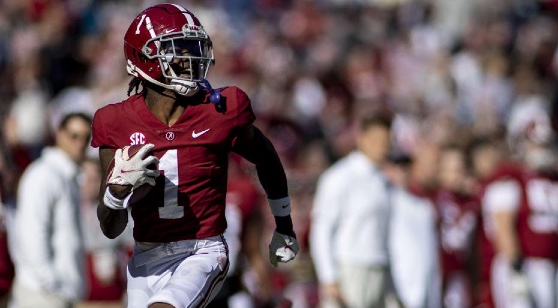 Alabama’s first Heisman Trophy winning quarterback had a debut season for the ages. Bryce Young threw for over 4,500 yards with 46 touchdowns this year, shattering several school records in the process. Young torched Georgia for 421 yards and three scores in the SEC title game, but he completed under 60% of his passes.

Young has had some issues with accuracy in his last three starts, and he averaged just 6.2 YPA against Auburn and 6.5 YPA against Cincinnati. Alabama’s offensive line is very unlikely to keep Young from being sacked a single time in this game too, and he has had issues dealing with a strong pass rush. 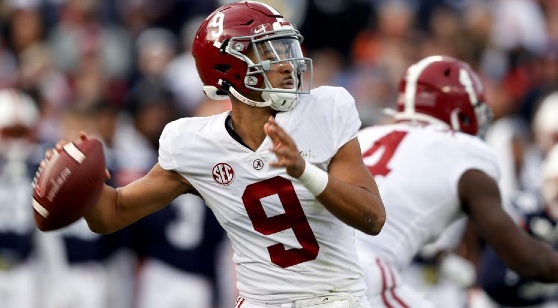 We haven’t seen much out of George Pickens this year. Pickens missed nearly all the regular season after tearing his ACL in spring, but he was able to return for the regular season finale. His best game was against Alabama where he had two catches for 41 yards, so this bet doesn’t make a lot of sense on the surface.

However, Pickens is far and away Georgia’s most talented receiver. He is a former five-star recruit that is a physical specimen at 6’3 and 200 pounds. Pickens has been at his best in bowl games too. He was the 2020 Sugar Bowl MVP with 12 receptions for 175 yards and a touchdown against Baylor, and Pickens caught seven passes for 135 yards and a score against Cincinnati in last year’s Peach Bowl. 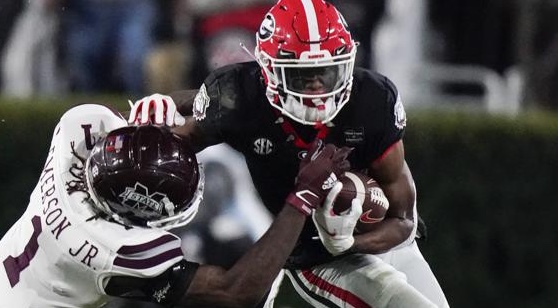 Kirby Smart hasn’t wanted to throw the ball much during his time at Georgia. He is an old-school Nick Saban disciple that believes in taking the air out of the ball while playing suffocating defense to beat opponents into submission.

Bennett completed 29 passes against Alabama in their last meeting, but he was playing from behind much of the game. That was the first time all season that Bennett had 20 or more completions in a game, and that’s not something that Georgia wants to replicate. Additionally, J.T. Daniels may see some action after Bennett failed to get the job done in the SEC Championship Game.