Conference games for the school against Louisiana and Georgia Southern were both postponed, so the Mountaineers haven’t played an FBS opponent in over a month heading into this clash with the Arkansas State Red Wolves.

How to Handicap Arkansas State vs. Appalachian State

The Red Wolves picked up their first conference win of the season last Thursday against Georgia State. Arkansas State survived a shootout, winning 59-52, and head coach Blake Anderson made the decision to fire defensive coordinator David Duggan and defensive pass-game coordinator Ed Pinkham in the wake of the result.

High-scoring games have become the norm for Arkansas State, and the over has cashed in each of the last four games.

The Red Wolves have largely outperformed expectations too with a 4-1 ATS mark, highlighted by an upset win over Kansas State as a 15.5-point underdog back in Week 2.

This will be the first time the Mountaineers have taken the field in the month of October. Appalachian State had a little bit of a scare the last time we saw them play, as this team trailed FCS Campbell 13-7 late in the second quarter as a 33.5-point favorite. However, the Mountaineers turned it on in the second half and nearly covered the spread in a 52-21 victory.

Appalachian State has yet to cover a game this season. The Mountaineers lost outright to Marshall as a six-point favorite the last time they played an FBS opponent, and they struggled against Charlotte as more than a two-touchdown favorite in their opener.

It was clear that Anderson needed to shake things up on defense after the Red Wolves were gashed by the Panthers last Thursday. Arkansas State currently ranks 120th in defensive SP+, and this unit is the worst of any team that has played multiple games. The Red Wolves are allowing 43.0 PPG and 501.5 YPG with the secondary conceding a stunning 9.2 YPA.

This offense has had to put up big numbers to win games, and Arkansas State has been great on this side of the ball. The Red Wolves rank 24th in offensive SP+, as both Logan Bonner and Layne Hatcher are moving the ball effectively through the air.

Neither quarterback is much of a scrambler, but they have combined to complete 63.6 percent of their passes for 1,834 yards with 21 touchdowns and four interceptions in five games. They shredded Georgia State last week as Arkansas State threw eight touchdown passes against the Panthers.

That production has made this passing game one of the best in college football. Jonathan Adams Jr., Dahu Green, and Brandon Bowling are all having great seasons as the leading receivers, but the run game has struggled to get the job done.

COVID-19 upended Appalachian State’s schedule, and it led to the Mountaineers postponing two games over the last month. It continues to be a major problem for this program too, as there are currently seven skill position players listed as questionable to play in this game due to the virus.

That hasn’t been easy for first-year head coach Shawn Clark since he is looking to lead Appalachian State to at least a share of the Sun Belt title for the fifth straight season.

The Mountaineers do have one of the most experienced quarterbacks in the country in Zac Thomas. Thomas has never been a world beater at the position, but he is a steady hand that won’t lose you the game.

This is his third year as Appalachian State’s starter, and he was named Preseason First Team All-Sun Belt prior to the start of the year. However, he hasn’t looked great through three games, completing just 62.3 percent of his passes for 603 yards with two touchdowns and two picks. Additionally, he hasn’t been the run threat we have seen in the past either with just 45 rushing yards.

Appalachian State has been able to run the ball well this season. Daetrich Harrington is averaging 5.1 YPC as the team’s leading rusher, and the three backs behind him are all averaging well over 6.0 YPC. Marcus Williams Jr. is averaging 8.4 YPC, but he is one of the players that is questionable to play on Thursday.

Thomas Hennigan has been responsible for nearly half of Appalachian State’s receiving numbers, catching 13 passes for 275 yards. He might see even more targets against Arkansas State as fellow senior starters Malik Williams and Jalen Virgil are both 'questionable' for Thursday. The Mountaineers’ top three tight ends are questionable due to COVID-19 too, so we might see a number of new faces.

Defense has been a hallmark for Appalachian State over the years, and this side of the ball has been solid through three games. The Mountaineers have one of the best pass defenses in the country, allowing just 5.5 YPA, and they are currently in the top 15 nationally in both scoring defense and total defense.

However, they haven’t faced an offense with a passing game like Arkansas State. Neither Marshall nor Campbell can move the ball well through the air, so this will be the secondary’s first real challenge. 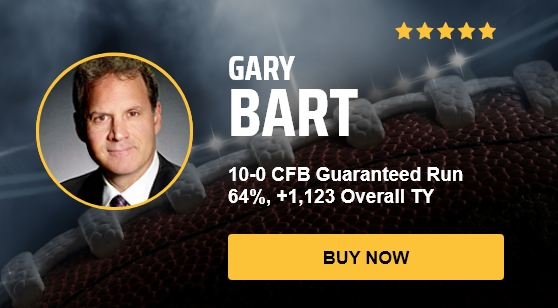 This will be just the fourth meeting between these two programs.

Interestingly enough, the home team has yet to win a game in this series, as Appalachian State won in Jonesboro in 2014 and 2018, while Arkansas State won in Boone in 2015.

Appalachian State dismantled Arkansas State 35-9 the last time these teams met. The Mountaineers’ defense rose to the occasion in a big way, picking off Justice Hansen three times in the victory.

The Red Wolves could only muster 3.2 YPC and 4.9 YPA on the evening, as this offense was no match for App State’s defense.

The Mountaineers were happy to just grind the Red Wolves down on offense. Appalachian State ran the ball 38 times for 246 yards and three touchdowns, and this team will certainly try to establish the run on Thursday. A lot has changed in Boone over the last two seasons, but the Mountaineers will still run the ball as much as possible.