While the Big Ten finally kicks off its season on Friday night, two of the best Group of Five teams in the country will be in action.

The UAB Blazers are looking to move to 5-1 when the Louisiana Ragin’ Cajuns come to town. Louisiana suffered a loss to Coastal Carolina in midweek action last week, knocking the school out of the Top 25.

The Blazers aren’t strangers to midweek games this season. UAB’s first three games were all on Thursday night, as the school picked up wins against Central Arkansas and South Alabama but lost to Miami. A win over the Hurricanes would have made the Blazers one of the small school darlings in 2020, but Bill Clark and UAB will have to settle for 4-1.

We already saw the Blazers blast one Sun Belt team this season. UAB pounded South Alabama 42-10 in late September, and this team continues to rely on its defense. After giving up 66 points in their first two games, the Blazers have only allowed 40 points over the last three games.

They have alternated overs and unders since the start of the season, but the highest total in a UAB game this year has been just 55 points due to this defense.

Louisiana started its season with a bang. The Ragin’ Cajuns picked up one of the marquee wins of the young season, going into Ames to beat Iowa State 31-14. Their special teams were instrumental in the upset, as Louisiana had a 95-yard kickoff return touchdown and an 83-yard punt return touchdown.

However, the Ragin’ Cajuns have failed to build off that historic victory. They barely won as double-digit favorites against both Georgia Southern and Georgia State in two successive weeks, and they suffered their first defeat last week as a nine-point home favorite against Coastal Carolina.

Louisiana has now failed to cover in three straight games, falling short of the teaser number too in each of those outings.

Billy Napier was one of the hottest names in the coaching world in September. Napier was rumored to make the move to an SEC school last offseason, but he stayed in Lafayette, and it appeared that the Ragin’ Cajuns would finally take down the Sun Belt. However, their play over the last three weeks has not been sharp.

This offense has looked good. Louisiana is currently 25th in offensive SP+, as Levi Lewis is the type of dual-threat quarterback that Napier loves to use in his system.

Lewis has completed 58.3 percent of his passes this year, averaging 7.8 YPA with five touchdowns, but his four interceptions over the last three games have hurt. He has run the ball 15 times for 136 yards and a score once you take out sack yardage though.

The ground game is churning out yards on a consistent basis. Elijah Mitchell, Trey Ragas, and Chris Smith have all taken turns carrying the load in this offense, and that has allowed Louisiana to constantly have fresh legs in the backfield.

Leading receiver Peter LeBlanc was questionable to play last week, and it’s clear he wasn’t himself with just one reception for six yards against Coastal Carolina. LeBlanc should have more of an impact this week, as he will be closer to 100 percent.

This defense does not get a lot of pressure. The Ragin’ Cajuns have just four sacks on the season, but they have posted decent numbers, allowing 23.2 PPG and 395.8 YPG. 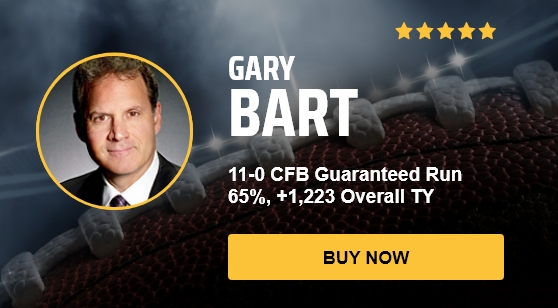 UAB does not have a very efficient offense. The Blazers rank outside the top 100 in offensive SP+, but they have had some success running the ball.

Spencer Brown has run for 472 yards and six touchdowns, averaging 4.8 YPC as this team’s go-to running back, and true freshman DeWayne McBride ran well against Western Kentucky last week. McBride only has 18 carries on the season, but he has a run of at least 20 yards in three straight games and had a 71-yard run against the Hilltoppers.

The Blazers lost starting quarterback Tyler Johnston III for at least a month in the loss to Miami. Johnston suffered a shoulder injury in the defeat, and it’s unclear when he will return to the lineup.

Redshirt freshman Bryson Lucero has started in his absence, and he has played well despite his inexperience. Lucero is completing just 56.9 percent of his passes, but he is averaging 7.3 YPA with seven touchdowns and four interceptions.

Seniors Austin Watkins Jr and Myron Mitchell have been the big threats in the passing game for UAB. Watkins has 26 receptions for 356 yards and three touchdowns, while Mitchell has 24 receptions for 340 yards and two scores. The only other player with more than 100 receiving yards is tight end Hayden Pittman, and tight end Gerrit Prince has been a huge red zone target with four touchdown receptions on seven catches.

This team lives and dies with its defense though. UAB ranks 19th in defensive SP+, and although the Blazers surrendered 66 points in their first two games, the defense has been one of the best in the Group of Five.

In the season opener, Central Arkansas’ three touchdowns were all the result of UAB’s offense. The Bears started on UAB’s four-yard line and 15-yard line thanks to an interception and a muffed punt, and the third touchdown was a pick-six.

UAB only allowed Miami to score 14 points in the first half in the next game, but the Blazers’ inept offense led to the defense being gassed in the second half.

UAB is allowing just 17 PPG and 334.2 YPG on the season, as the pass defense is one of the best in the nation, giving up 5.0 YPA. This secondary already has 22 passes defensed and five interceptions, and their coverage has helped the Blazers register 15 sacks.

This will be the first meeting between these two schools since 2002. Louisiana shut out UAB 34-0 in that game to halt a four-game winning streak for the Blazers against the Ragin’ Cajuns.

UAB has a 4-2 lead in this series with all the games taking place between 1995 and 2002, and none of the games have been decided by less than 10 points.

UAB had no success with the passing game in the last meeting between these two schools. The great Darrell Hackney and Thomas Cox combined to complete just 6 of 20 passes for 94 yards with two interceptions, and Roddy White had just one catch for 16 yards.

The Blazers turned the ball over four times and fumbled the ball six times on the day.