The Mountain West opened up its season last week and the conference will be in the spotlight Thursday night.

Colorado State visits Fresno State to start off the next college football weekend in a pairing of teams with new head coaches this season.

Here is a look at this week’s Thursday late night game between the Rams and Bulldogs.

How to Handicap Colorado State-Fresno State

The Bulldogs were West division champions in 2017 and 2018 and won the Mountain West title in 2018. Last season the team slipped to 4-8 after going a combined 22-6 the prior two seasons.

Last Saturday, Fresno State hosted Hawai’i to open the season and wound up with a 34-19 defeat. It was a competitive game much of the way with Hawai’i up 17-13 at halftime and Fresno State within eight twice in the second half before a late Warriors touchdown put the game away.

Fresno State lost the yardage battle 552-409 and the turnover battle 4-1. It was the first game for Hawai’i under Todd Graham and the Warriors surprised with 53 rushing attempts for 323 yards on the ground. Playing from behind much of the way, Fresno State leaned on Jake Haener in the passing game, connecting for some big plays with 289 yards on only 17 completions but with three interceptions.

Colorado State didn’t play last week as the opener with New Mexico was called off with Covid-19 issues on New Mexico’s side. There are no plans to reschedule that game and the Rams will now open on the road a week later coming off a 4-8 2019 season. After a 1-5 start the Rams did win three games in a row in the conference season last year before losing the final three games in mostly competitive results.

Last season Colorado State finished only -14 in MWC scoring differential despite a 3-5 record, likewise Fresno State finished 2-6 while only -17 in scoring as both teams have some positive indicators for improvement in 2020.

Colorado State hired longtime Georgia assistant Mike Bobo ahead of the 2015 season and after three straight 7-5 regular seasons concluding with bowl losses the Rams turned in back-to-back losing seasons in 2018 and 2019.

Bobo missed some time ahead of the 2019 season with health issues and was ultimately fired after the Rams finished 4-8 last season. He completed five years at 28-35 including 20-20 in conference play as the Rams didn’t approach the success Jim McElwain had in 2013 and 2014.

The Rams wound up hiring Steve Addazio to take over the program last winter, shortly after Addazio was somewhat surprisingly released by Boston College. With geographical challenges in the ACC Addazio went 44-44 over seven seasons with the Eagles and despite a 22-34 overall ACC mark, his teams were at least 4-4 five times and made bowl games six of his seven seasons.

Fresno State also is in its first season with a new head coach as Jeff Tedford’s second stint at Fresno State ended after three seasons as he stepped down citing health reasons. Tedford revived the program with an incredible turnaround from inheriting a team that went 1-11 in 2016 to 10-4 in 2017. His offensive coordinator in 2017 and 2018 was Kalen DeBoer, who was brought back to Fresno with the opening last winter.

DeBoer was a head coach at NAIA Sioux Falls from 2005-2009, going 67-3 with three NAIA Championships. He jumped up as a coordinator at FCS Southern Illinois and then to FBS at Eastern Michigan before joining Tedford in Fresno. Last season he was lured away to be the OC and QB Coach at Indiana where the Hoosiers went 8-5 and were the second most productive offense in the Big Ten averaging 444 yards per game.

The first game of the season can offer an opportunity for mistakes but it also can be an advantage, particularly for a team in a coaching change.

There isn’t film on Colorado State right now under Addazio as the Rams weren’t able to play last week in the scheduled opener vs. New Mexico, a more favorable matchup where Addazio’s team may have been able to work out some kinks. Addazio was 6-1 S/U and 3-3-1 ATS in season openers at Boston College including a notable upset hosting Virginia Tech to open last season.

Last season Boston College rushed for nearly 3,300 yards on 5.0 yards per carry, rushing more than twice as often as they passed. Addazio teams have always preferred to run but a quarterback injury plus having NFL draft pick A.J. Dillon in the backfield likely led to a greater tilt to the ground in 2019.

One can assume Patrick O’Brien will be starting at quarterback as the incumbent that posted adequate numbers last season after now South Carolina quarterback Collin Hill was injured. Addazio hasn’t made that official however as Temple transfer Todd Centeio joined the team this summer. Last year’s top rusher Mavin Kinsey has graduated but senior Marcus McElroy returns and should be in line to lead the running game.

Colorado State and Boston College both struggled with run defense last season ranking 102nd and 93rd respectively on a per carry basis as that is an area where Fresno State was stronger last season. Addazio’s Boston College defense allowed 6.3 yards per play last season for 107th nationally though having to play both Clemson and Notre Dame on the road contributed heavily to those results. 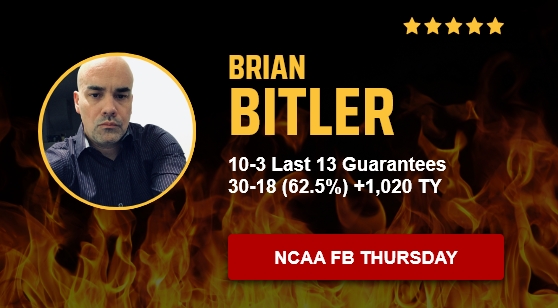 Expectations are high for the Fresno State offense given how successful the team was with DeBoer in 2017 and 2018 and the big numbers that he produced in a breakthrough season for Indiana last year. The start of last week’s game couldn’t have gone better as Hawai’i fumbled on the opening kickoff and five plays later the Bulldogs reached the end zone, including Haener delivering a big play on 3rd-and-13 to avoid having to force a long field goal try. Fresno State had turnovers on the next two possessions before uneven results the rest of the way as Hawai’i eventually pulled away.

Ronnie Rivers led Fresno State with 79 rushing yards but the Bulldogs gained just 3.2 yards per rush and were outrushed 323-120 by Hawai’i. Haener has decent mobility and rushed 13 times last week as the Washington transfer took his first snaps since a few token appearances for the Huskies in 2018. Marcus McMaryion had terrific results for Fresno State in 2017 and 2018 before the production slipped last season under senior Jorge Reyna.

Rivers was the team’s leading rusher in 2019 with 899 yards while averaging 5.1 yards per carry and reaching the end zone 13 times. Rivers was also the team’s second leading receiver last season, only four catches behind top receiver Zane Pope, who didn’t play last week and might be out for a few more weeks to take a toll on the passing game options for the Bulldogs.

Fresno State was the top defensive scoring team by a wide margin in the MWC in both 2017 and 2018 before allowing 255 points in 2019, 168 more points than the season before. The defensive coordinator this season is William Inge who followed DeBoer after serving as the special teams coordinator and a linebackers coach at Indiana for the past seven seasons.

Last year’s meeting was the first between these teams since 2016 and Colorado State has won six of the past seven with a 5-2 ATS mark going back to 2003.

Fresno State has lost three straight home meetings between these teams, last winning in Fresno in 2002.

These teams also met in bowl action in 2008 with a narrow New Mexico Bowl win for Colorado State.

These teams met in late October with Fresno State a nearly two-touchdown favorite at home.

Coming off a pair of division titles the Bulldogs were 3-3 but the losses included an eight-point loss at USC and a double-overtime loss to Minnesota.

Colorado State was just 2-5 at the time with several lopsided losses but they had two weeks in-between games following a win at New Mexico.

Colorado State jumped out to a 14-0 lead but Fresno State managed to tie the game early in the third quarter and went into the fourth quarter with a 28-24 lead. The game would be tied 31-31 a few minutes into the fourth before Colorado State seemed to blow its chance at the upset with an interception in the end zone.

The Rams defense got the ball right back with its own interception a few plays later however, handing the offense a short field. Colorado State cashed in with a touchdown and then after stopping Fresno State on downs they sealed the win with a late field goal to win 41-31. Colorado State posted a 500-388 yardage advantage with most of that edge coming in the passing game. 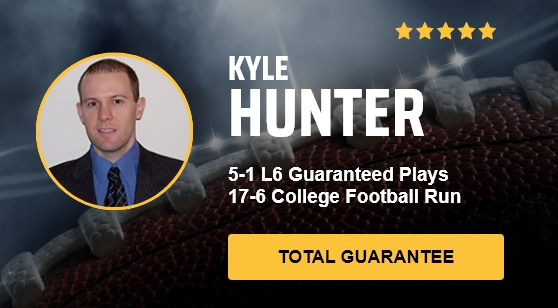 -- At Boston College, Addazio was also 22-13-1 ATS on the road for remarkably similar numbers in those time frames.

-- Also under the head coach, BC was 4-2 ATS on the road last season with three S/U wins.

-- Fresno State hasn’t been a home underdog since being +3 early last season vs. Minnesota, a line that certainly looked out of place by season’s end, though the Bulldogs lost by only three in a wild finish in a double-overtime game.