How to Handicap Louisiana Tech-Georgia Southern

The Bulldogs make the four-plus hours jaunt from Ruston to New Orleans to square off against the Eagles in New Orleans.

They will be looking to wash the bad taste out of their mouths after a 52-10 loss at TCU in the regular-season finale as 21-point underdogs.

Louisiana Tech opened the season with a 31-30 win at Southern Miss on Sept. 19, but they ended up winning just one of its final four games away from home while also going 1-3 ATS in the final four away games.

Georgia Southern was spinning its wheels down the stretch, going 1-3 SU in the final four games, although they did go 3-1 ATS. And that lone win on Dec. 5 came against Conference USA’s Florida Atlantic, who play later on Wednesday in the inaugural Montgomery Bowl.

Georgia Southern was so-so offensively, going for 26.3 PPG to rank 83rd overall. They’re a run-first team, going for 262.4 yards per game on the ground to rank seventh in the nation.

Defensively the Eagles are 19th with just 333.5 total yards allowed, with only 112.1 rushing yards per game allowed to rank 16th.

The Bulldogs ended up with 29.3 PPG to rank 60th in the country, and they did most of their damage through the air with 227.4 yards per game.

Running back Israel Tucker led the way with 525 yards on the ground with four touchdowns, and he averaged 4.1 yards per game.

In the pass game, wide receiver Adrian Hardy was the top target for the quarterback duo, going for 440 yards and four touchdowns with 33 grabs over seven contests. Smoke Harris also had four scores.

On defense, the two standouts are Milton Williams, who led the way with 4.5 sacks, and Bee Jay Williamson who ended up with three interceptions. Tyler Grubbs also had 8.5 tackles for loss and he led the team with 87 total stops.

The Bulldogs opened the season 2-0 SU/ATS in the first two games with two ‘over’ results, and ended up 2-5 ATS in the final seven with the ‘over’ edging the ‘under’ 4-3.

The Eagles rarely take to the air, relying on the ground and pound.

That might change going forward, as the team fired offensive coordinator Bob DeBesse in late November, replacing him with tight ends coach Doug Ruse as the interim OC.

QB Shai Werts actually did pass for 937 yards with seven touchdowns and six interceptions, completing 60.5 percent of his attempts when he did go to the air. He also led the team with 638 yards and eight touchdowns, averaging 4.9 rushing yards per game across 10 contests.

He just edged out J.D. King for the team lead, as the latter had 625 yards and five scores across just seven outings. King suffered a season-ending knee injury in mid-November, though.

Werts is battling a shoulder injury, and is considered a question mark for the game. In the pregame notes, Miller Mosley and Werts are listed as the co-starters, which is a little fishy. If Werts doesn’t play, that completely changes the complexion of this game.

On defense, keep an eye on redshirt-freshman cornerback Derrick Canteen, who is tied for second in the nation with five interceptions. 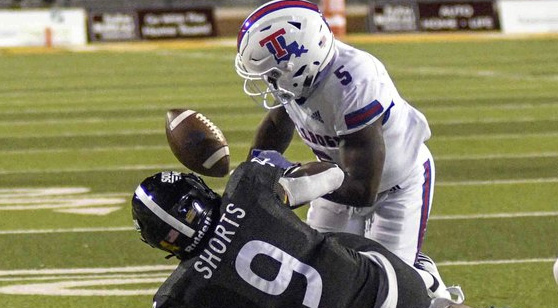 La. Tech has been a great team to back in bowl games, winners in six straight postseason matchups. (AP)

This is the first-ever meeting between these two schools on the gridiron.

The Bulldogs have a rich bowl history dating back to 1977, when Maxie Lambright was at the helm.

Overall, Louisiana Tech is 8-3-1 SU in their 12 FBS bowl game appearances, including wins in each of the past six. That includes a 47-28 win over Arkansas State in the 2015 installment of this bowl game, their only previous appearances in the New Orleans Bowl.

This will be their seventh bowl appearance in the state of Louisiana.

They shocked Miami-Florida 14-0 in the Independence Bowl last season, and they have a 4-1-1 record in the six previous bowl games in Louisiana, including three straight victories.

Georgia Southern will be making its fourth appearance in a bowl at the FBS level. They won their first two appearances, but fell in the Cure Bowl last season against Liberty, 23-16.

-- Louisiana Tech has covered in seven of the past eight bowl games.

-- Also, La Tech is 6-1 ATS in the past seven games against Sun Belt contests.

-- Georgia Southern covered in five of the final seven regular-season games, and they’re 5-0 ATS in the past five against teams with a winning record.