The Michigan and Washington fanbases are feeling much differently about their teams after Week 1. The Wolverines moonwalked to a 47-14 win over outgunned Western Michigan in their season opener. Jim Harbaugh poured it on late for the convincing victory, looking to wipe away painful memories from 2020.

Meanwhile, the Huskies would have been content with a mere win considering what happened on Saturday evening. Washington was a 22-point favorite against FCS Montana, but the Huskies were unable to score after an opening drive touchdown and lost 13-7 to the Grizzlies. That has some fans openly questioning Jimmy Lake, and an 0-2 start would be concerning.

Michigan was very good on offense in Week 1. The Wolverines did not look sharp on this side of the ball in 2020, but they put those woes in the rear-view mirror with a strong performance last weekend. They ran for 335 yards and three touchdowns against Western Michigan, while quarterbacks Cade McNamara and J.J. McCarthy combined to complete 13 of 17 passes for 216 yards and three scores.

Mike Macdonald was hired to modernize the defense this offseason. Michigan surrendered 34.5 PPG under Don Brown last year, so the Wolverines knew they needed to make a change. The secondary looked improved in Week 1, and these defensive backs could have another solid performance this weekend.

Dylan Morris had a dreadful performance in Washington’s season opener. He had his second three-interception game in five starts, casting doubts on his ability to run the Huskies’ offense. Morris is completing just over 60% passes through five games dating back to 2020, and he has yet to throw for more than 300 yards in a game.

That wasted another strong performance from Jimmy Lake’s defense. Washington only conceded 232 total yards against Montana last week, and the Huskies completely shut down the Grizzlies’ passing attack. They are likely going to limit Michigan’s quarterbacks too on Saturday night in Ann Arbor.

This game will be closer than the experts think. Washington has an elite defense and a bad offense, while Michigan is solid on both sides of the ball. The Wolverines have more playmaking potential though, and home field advantage will play a part in a close victory for Michigan. 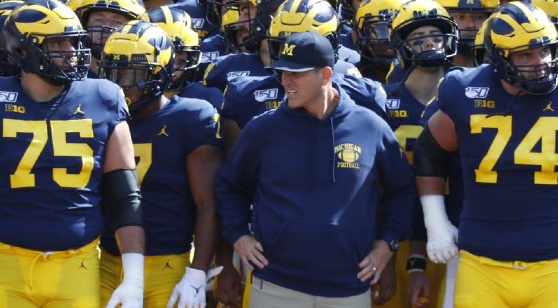