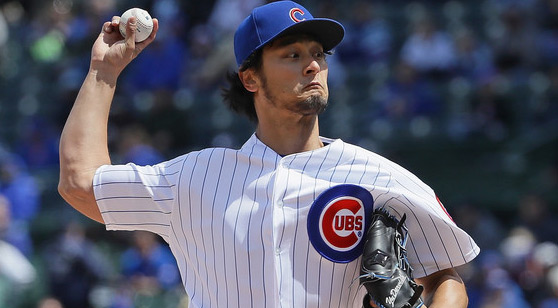 RHP Brady Singer, the Royals #2 prospect according to MLB pipeline will make his MLB debut Saturday, after watching his team take a 2-0 loss to Francisco Lindor and the Cleveland Indians on Opening Day.

Reports from summer camp have been positive regarding Singer’s progress after posting a 12-5 record and a 2.85 ERA in the minors last year, but it’s hard to feel great about a guy going into his first start after facing rusty Royals hitters for weeks leading up to the season. Shane Bieber was dominant on Opening Day against Kansas City, tossing 6 shutout innings, fanning 14 batters, and earning his first win of the 2020 season.

Ride the Indians and Under at FanDuel!

Things don’t get much easier for the Royals in game 2, as Mike Clevinger will be taking the hill for the Indians on Saturday. The 6’4” right-hander was great for the Indians last year, posting a 13-4 record with a 2.71 ERA, winning both of his starts against Kansas City last year.

In Clevinger’s first start against Kansas City last year, he threw 6 shutout innings, allowing only 4 hits and striking out 9. In his second start against the Royals, they were able to scratch 1 run across against him on 4 hits, but that was it as the Indians won the game 4-2.

Singer is a bit of a wild card today, as none of these Cleveland hitters have seen any of his stuff and could present struggles early for the Indians' hitters. Ultimately, I believe the rookie will make a couple mistakes to some of the big bats in the Cleveland lineup early, and the Kansas City hitters won’t be able to get anything going against Clevinger after watching how mightily they struggled against Bieber on Friday.

I do believe Singer has the foundation to be a solid pitcher in this league, but he’s still a year or two away, and probably won’t get much help from his hitters against Clevinger. I like the Indians here in another low-scoring one.

World Series MVP, Stephen Strasburg takes the mound for the first time for the Washington Nationals since his 8 and 1/3 inning, 2 run performance against the Houston Astros in Game 6 of last year’s World Series. The Washington right-hander signed a 7-year, 245-million dollar deal with the team after posting a 18-6 record with a 3.32 ERA in his 10th season with the team.

The majority of the Yankee lineup either has never batted off Strasburg, or at least hasn’t recently. This makes me believe that we are going to have a similar situation to Scherzer’s on Thursday, where he fanned 11 Yankee batters in just 6 innings, yet the Yanks getting saved by the longball per usual.

James Paxton will be the one trying to hold off the defending champs on the mound Saturday, after Gerrit Cole was credited with the 5-inning, 1-run complete game on Opening Day in the Yankees 4-1 victory over Washington. The Yankee left-hander posted a 15-6 record with a 3.82 ERA last season in his first year with the team. The Nationals really struggled at the plate on Opening Day, tallying just one hit against a guy they saw twice back in October.

Washington will be without star-player Juan Soto due to a positive COVID-19 test, and if there was any hope for this team to muster up some runs against the Yankees, it just about goes out the window with the loss of Soto. Washington’s lone run and hit on Thursday came from the bat of the Adam Eaton, and while Paxton is no Gerrit Cole, things aren’t getting THAT much easier for the Nats in game 2.

Both bullpens are fresh on Saturday due to the rain out on Thursday, so if Strasburg and Paxton give us good starts, the under should be safe in the hands of two of the best bullpens in the bigs. We really do have a good pitching matchup slated for Saturday night.

The Yankee hitters are just so much further ahead of the Washington hitters at this time, it’s hard to see the Nats winning this one without Soto in the heart of their lineup. I’m riding with the Yankees here in a lower scoring affair than we saw on Thursday.

I waited the books out as long as I possibly could for a double prop to come out, but never got one, so there’s a money line pick in the lineup for Saturday.

Left-hander Brett Anderson was supposed to be the day 2 starter for the Brewers on Saturday, but he got moved to the 10-day injured list this week due to a blister. With Anderson being a no-go, 25- year old Corbin Burnes gets the ball against the Cubs. Burnes had a splashy start to his career in 2018, posting a 2.61 ERA in 30 regular season appearances. The Brewers decided to try starting Burnes on the mound in his sophomore season, which was one of the biggest mistakes they made in the early part of last year.

Opposing teams homered off Burnes 11 times in just 16.2 innings of starting pitching. His second start last season was against the Cubs, who hit 3 bombs off him as he allowed 7 runs in just 5 innings. Reports coming out of summer camp have been positive regarding Burnes, but I am going to continue to fade him when he starts until he proves that he can be a legitimate piece in the Milwaukee rotation.

Starting for the Cubs is Yu Darvish, who was great in his two starts against Milwaukee last year. Darvish posted a 6-8 record with a 3.98 ERA last season, but those numbers were not damaged by the Brewers. In his first start against Milwaukee in 2019, Yu picked up his 4th win in the season in a game that he allowed just 1 run on 5 hits. In his second start against the Brewers he allowed 0 runs on just 3 hits. I found it hard to gauge how many runs were going to be scored in this one, but -150 Cubs ML is very intriguing. The Cubs should win this one surehandedly behind the arm of Yu Darvish.

Take a shot with the Cubs at FanDuel!