The Los Angeles Dodgers are three wins away from wiping away more than three decades of pain.

The Dodgers beat the Tampa Bay Rays 8-3 in Game 1 on Tuesday night, as Clayton Kershaw looked great on the mound.

The first pitch is once again slated to take place shortly after 8:09 p.m. ET with FOX broadcasting the game.

Mookie Betts made some history on Tuesday night. He became the first player since Babe Ruth to record a walk and two stolen bases in one inning during the World Series. That wasn’t all Betts did though, as he went 2-4 with a home run.

The superb Kershaw also vanquished some of his October demons with a solid six innings of work. Kershaw struck out eight batters and only allowed two hits and an earned run on 78 pitches.

For our purposes, the Dodgers cashed as Game 1 favorites and they connected on the run-line (+130) as well.

The game was scoreless after three innings but the pair erupted for nine runs in the next three innings and that helped the 'over' (7.5) cash for the game and in the first five innings (3.5).

For bettors following our Playoff Results, you can see that run-line favorites have gone 27-5 in the 2020 postseason when favorites have won the game. Overall, favorites are 32-16 (67%) straight up.

Blake Snell has been solid during the postseason. In four starts, he is 2-2 with a 1.32 WHIP and a 3.20 ERA. He has had a knack for pitching himself into trouble with 10 walks in just 19.2 innings of work, but he has also done a decent job of getting himself out of jams with an 8.7 K/9. Snell is walking batters at a higher rate than he did in the regular season, and his strikeout rate is down.

It’s highly unlikely that Snell makes it past the sixth inning. He has yet to pitch into the seventh inning in the postseason, and he has only thrown 14 innings in his last three starts. His high walk rate has helped contribute to an elevated pitch count, and Snell is averaging almost 18 pitches an inning.

Roberts didn’t initially name a Game 2 starter prior to the start of the World Series, opting to wait until he saw what happened in Game 1. He has now opted to go with Tony Gonsolin, and Gonsolin is out to shake off a bad performance on Sunday.

We saw Gonsolin give up two hits, three walks, and two earned runs early in Game 7 of the NLCS. That put the Dodgers in a hole, but the team battled back to punch their ticket to the World Series as the next three relievers held the Atlanta Braves hitless.

Gonsolin did start Game 2 against Atlanta too, surrendering five earned runs in 4.1 innings, but he will only be an opener here and shouldn’t be on the mound for more than two or three innings. 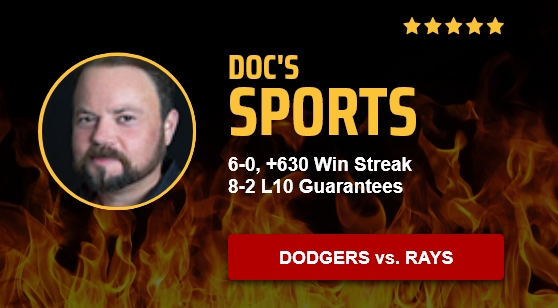 Dodgers could use Committee Approach

That means it’s going to be a heavy bullpen day for the Dodgers. We won’t see Pedro Baez or Joe Kelly after they both pitched an inning against the Rays in Game 1, but anyone else is on the table.

Julio Urias could be available for short work after throwing three innings on Sunday, and Dustin May might see some action too as he has been used in a reliever role throughout the playoffs.

Provided the game is close, flamethrower Brusdal Graterol and Kenley Jansen figure to make an appearance too.

Rays armed and ready for Game 2

One of the good things for the Rays despite the loss was that they didn’t blow through their best bullen arms. Josh Fleming saw 2.2 innings of work to eat up some innings, while Ryan Yarbrough and John Curtiss each threw 0.2 innings too.

Diego Castillo, Nick Anderson, and Pete Fairbanks are all still ready to go, and manager Kevin Cash won’t hesitate if he feels the need to turn to one of his three best arms early in Game 2.

Max Muncy had a great game in his second trip to the World Series. Muncy was one of three Dodgers with multiple hits on the evening, going 2-4 with two RBI and two runs while also reaching on a walk. He has the best eye on this team with 15 walks in 53 plate appearances, as no other Dodger has more than eight walks.

NLCS MVP Corey Seager had a great day from the plate too, although he didn’t register a hit. Seager walked three times in the evening, and his 1.124 OPS is still the best on the team by a significant margin.

With Snell on the mound, Roberts will likely insert right-handed hitters A.J. Pollock and Enrique Hernandez into the bottom of the lineup.

Pollock has a 1.185 OPS against lefties this season, while Hernandez has a hot bat after registering four hits and two home runs in the NLCS.

The only Rays batter with multiple hits on Tuesday night was Kevin Kiermaier.

Kiermaier opened up the scoring for Tampa Bay with a solo blast off Kershaw in the fifth inning, and he drove in a run in the seventh inning. That’s great news for the Rays, as it was feared that Kiermaier wouldn’t be the same hitter after taking a fastball off the hand in the ALCS against the Astros. The Gold Glove winning center fielder had a scant .605 OPS before that bomb.

It continues to be a frustrating postseason for Brandon Lowe.

Lowe went 0-4 with a strikeout against the Dodgers, and he has just six hits in the postseason. He failed to register a single hit against the Yankees in the ALDS, but he had hoped to bounce back after picking up a hit in three straight games before the World Series.

Although Snell is a former Cy Young Award winner, he has not looked that sharp this postseason. He will get bounced around a bit by the Dodgers’ experienced hitters, but LA doesn’t have a great pen, so look for the Rays to pick up some runs too.

The over in the game is a nice bet, but the better bet is over in the first five innings of Game 2.