It's been a rough slide for the Dodgers recently, capped off by dropping a pair of games on Tuesday to the Cubs as heavy favorites.

Los Angeles has not been swept this season and turns to a solid young arm in Walker Buehler tonight, who has been money on the road in his career. 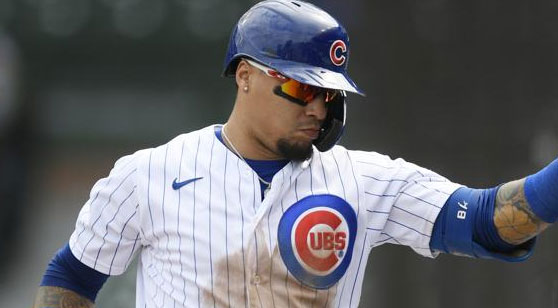 The Cubs pulled off a doubleheader sweep of the Dodgers on Tuesday as the teams meet again tonight. (AP)

Following a 13-2 start to the season, the defending champion Dodgers have fallen on hard times recently. Los Angeles has dropped 12 of its last 16 games to fall into a tie for second place in the National League West with San Diego at 17-14.

The Cubs improved to 14-16 this season after taking two from the Dodgers on Tuesday, while picking up ground on idle St. Louis for the top spot in the NL Central.

Chicago is one of four teams this season to reach double-digit victories at home as the Cubs own a 10-7 record at Wrigley Field.

After getting rained out on Monday, the teams played a doubleheader on Tuesday at Wrigley Field that was dominated by the Cubs.

Chicago racked former Cy Young winner Clayton Kershaw for four runs in the first inning of a 7-1 blowout as +150 underdogs. The game easily cashed the low total of five, as the Cubs bounced back from a heartbreaking 13-12 loss in extra innings to Cincinnati on Sunday.

The Cubs finished off the doubleheader sweep of the Dodgers with a walk-off 4-3 win in the night-cap. The game was tied 1-1 after seven innings, but the Dodgers took a two-run lead in the top of the eighth before the Cubs evened things up with two of their own in the bottom of the frame.

Chicago won it in the ninth and cashed as +200 underdogs, making for a nice day if you backed the Cubs in both contests at Wrigley.

The Dodgers are winless in Buehler's last two outings, both as heavy home favorites against the Padres and Reds.

However, L.A. is 2-0 in Buehler's two starts away from Chavez Ravine by beating the Rockies and Padres on the road, while putting up nearly identical pitching lines by tossing six innings, allowing two earned runs, and striking out four each time.

Alzolay finally broke through the win column in his last start, a 9-3 road underdog triumph at Atlanta. The right-hander threw a season-high six innings and struck out six batters, marking the third straight start he struck out at least six batters.

Both home starts this season for Alzolay have finished Under the total, as the Venezuelan hurler has held his own since entering the Cubs' rotation.