The Los Angeles Dodgers take on the San Francisco Giants in Game 2 of the NLDS. The opening pitch is set for 9:07 p.m. ET and will air on TBS from Oracle Park in San Francisco, California.

It’s a shame that only one of the two best teams in the majors this season can advance to the NLCS. The San Francisco Giants and Los Angeles Dodgers were the only two teams in baseball to win more than 100 games, but one of the two rivals will see their postseason hopes crushed early.

San Francisco had the upper hand on Los Angeles throughout the season although the Giants were considered a much worse team back in March. The Giants surpassed all expectations though and are the biggest threat to keep the Dodgers from winning the pennant for the fourth time in the last five years.

As long as Kevin Gausman can limit the walks, he should be able to lead the Giants past the Dodgers on Saturday night. The Dodgers are only hitting .160 against Gausman this season, but he has walked eight batters in 14 innings of work. 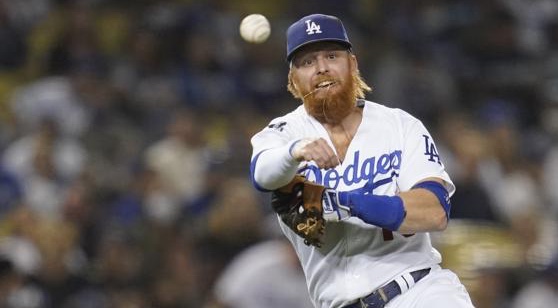 The Los Angeles Dodgers have gone UNDER the run total in four straight postseason games. (AP) 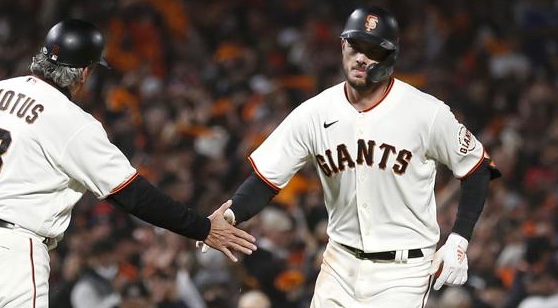 The San Francisco Giants have won 11 straight games when facing the National League at night. (AP)

The Giants have been a lot of fun to watch this season. They were projected to be a seller at the trade deadline, but instead they ended up being a buyer and finished with the best record in baseball.

Kris Bryant was acquired at the trade deadline from the Chicago Cubs. Bryant is likely a rental that won’t be re-signed, but he has brought a proven bat to this lineup. He has a .788 OPS and can test pitchers with his patience at the plate.

Future Hall of Fame catcher Buster Posey was excellent behind the plate and in the batters’ box this season. Posey had his best season hitting since 2012, finishing the year with an .889 OPS while hitting at least .300 for the sixth time in his career. He took last year off, and that rest has rejuvenated him.

Brandon Belt and Brandon Crawford were both superb at the dish for the Giants this season. Evan Longoria is looking to regain his form since being injured in June, and he doesn’t have a hit in his last five games.

Los Angeles’ lineup is not as formidable as it looked at the start of the season. Max Muncy will miss this series with an elbow injury, and 2019 NL MVP Cody Bellinger has really struggled to get into a rhythm.

Trea Turner has given this team a huge boost since joining from Washington at the trade deadline. Turner has a .950 OPS, and he is a threat to advance any time he is on base.

Corey Seager has had a nice season too. Seager missed a couple months with an injury, but he posted a .915 OPS and was one of the team’s most feared hitters upon his return. The shortstop didn’t strike out much and had one of the highest walk rates on the team to lead the Dodgers in OBP.

The biggest surprise of the season has been A.J. Pollock. Pollock was supposed to be a platoon outfielder, but he ended up being one of the best hitters in the lineup once again for the Dodgers. He finished with a career-best .892 OPS, and he has now finished with a slugging percentage over .500 for the second straight year.