The Houston Astros host Game 6 and an elimination game for the Boston Red Sox as the Astros lead 3-2 in the series. Opening pitch is set for 8:08 p.m. ET and will air on FS1 from Minute Maid Park in Houston, Texas.

The Houston Astros will have two chances to win the American League Championship Series at home. Houston has a 3-2 series lead over the Boston Red Sox after winning two of three games in Fenway Park, and the Astros are looking to reach their third World Series in the last five years.

Boston has its back against the wall, but the Red Sox will have their ace on the mound in Game 6. Nathan Eovaldi has come through for the Red Sox repeatedly this season, and he will do so again to force a Game 7 on Saturday night

Eovaldi has not been at his best in this series. He allowed three runs over 5.1 innings in Game 2, but he ended up getting the win as Luis Garcia and Jake Odorizzi imploded and allowed eight earned runs in the first two innings. Eovaldi came on in relief in the ninth inning of Game 4, but he ended up giving four earned runs with two outs.

The third time will be the charm for the veteran right-hander. Eovaldi will throw at least five solid innings like he did in wins over the Rays and Yankees, while Garcia will struggle once more. 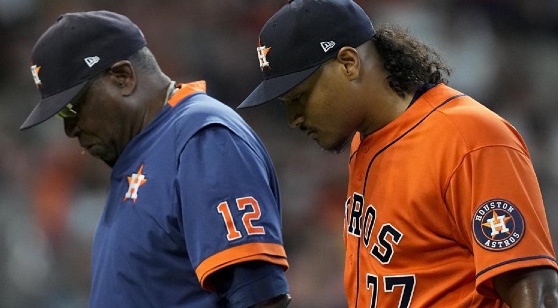 The run total has gone OVER in five straight games played between the Astros and the Red Sox. (AP) 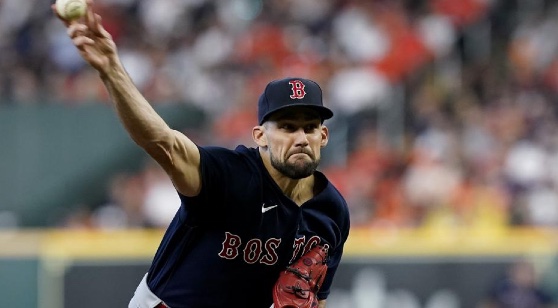 The road team has won three of the last four games played between the Astros and the Red Sox. (AP)

Eovaldi has been Boston’s best pitcher throughout the 2021 campaign. He posted a 3.75 ERA and a 1.19 WHIP in the regular season, and his 5.6 K/BB ratio ranked among the best starters in the American League.

Boston’s bats will need to get going once again for the Red Sox to come back in this series. The Red Sox were cranking home runs at an absurd level through their first eight games in the postseason, but they have gone cold with just three runs in the last two games.

The Red Sox have been unable to get anything out of Bobby Dalbec this postseason, and Hunter Renfroe and Christian Arroyo have had their share of struggles too. However, most Boston hitters are having strong postseasons despite the recent downturn.

Enrique Hernandez has 19 hits and five home runs through 10 games for a 1.282 OPS. Rafael Devers and J.D. Martinez are both carrying OPS values over 1.0, and Xander Bogaerts has come through with some big hits.

Dusty Baker announced that Garcia would get the start for the Astros yesterday afternoon. He left Game 2 early with discomfort in his knee, but he did not pitch well during his time on the mound.

The rookie has been shelled in both of his postseason starts and was rocked in his last regular season start, so it’s hard to have faith in him here. Garcia has allowed 15 hits, eight walks, and 16 earned runs over 8.2 innings in his last three starts.

Houston will try to give him as much run support as possible. The Astros have scored at least five runs in four of five games against the Red Sox, and they dropped nine on Boston in their last two games.

Yordan Alvarez has been the best performer this postseason with a .367 batting average and a 1.121 OPS. Carlos Correa, Alex Bregman, Jose Altuve, and Alvarez have done a great job working counts, combining for 25 walks in nine games.

Yuli Gurriel has come out of his recent slump. Gurriel had just one hit in his first 12 at-bats this postseason, but he now has 11 hits in Houston’s last six games. He was one of the Astros’ stars in Game 5, recording three hits and three RBI.