The Houston Astros head back to Texas to take on the Atlanta Braves in Game 6 of the World Series. The Astros were able to get a game in Atlanta as the series is now 3-2 favoring the Braves. Opening pitch for Game 6 is set for 8:09 p.m. and will air on FOX from Minute Maid Park.

If the Atlanta Braves are going to win the World Series, they will do it on the road. Atlanta failed to close out the Houston Astros in Game 5 despite a first inning grand slam from Adam Duvall. No team has won the World Series on its home turf since the Boston Red Sox did it in 2013, and the Houston Astros will have to win on Tuesday and Wednesday to break that streak. Atlanta has a good chance to shut the door in Game 6 though and celebrate the franchise’s first World Series title in 26 years.

The Braves have the bullpen advantage, and that will make a big difference in Game 6 on Tuesday night. Max Fried has not looked good in his last two starts, but he will come through for Atlanta. 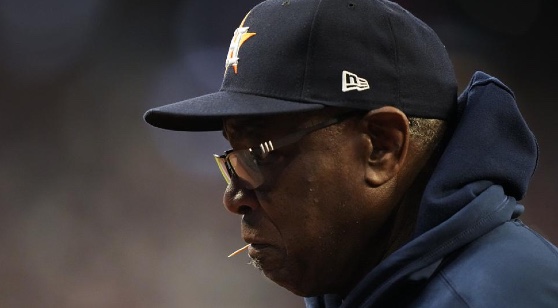 The home team has won three of the last four games played between the Houston Astros and Atlanta Braves. (AP) 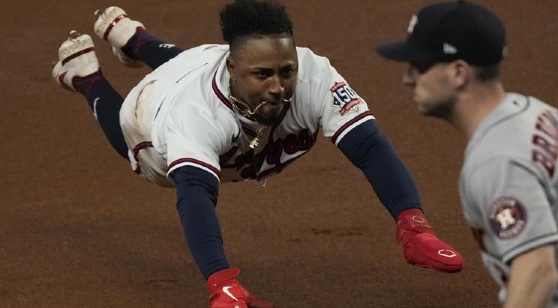 The Braves have won six straight games after losing the game prior. (AP)

Fried was a solid pitcher for Atlanta during the regular season. Fried went 14-7 with a 1.09 WHIP and a 3.04 ERA, and he was very good in his first two starts this postseason. He allowed just two earned runs over 12 innings against Milwaukee and in his first start against the Dodgers.

Unfortunately, Fried has not fared well in his last two starts. In Game 5 of the NLCS against the Dodgers, he allowed 10 baserunners and five earned runs in 4.2 innings of work. He was roughed up by the Astros in Game 2 of this series, surrendering six earned runs over five innings in a 7-2 loss.

Austin Riley had his best game of the World Series on Sunday night. Riley recorded three hits for the Braves, and he now has five hits over his last two games. He has been one of Atlanta’s best bats this postseason, as Riley is on a six-game hitting streak and holds an .804 OPS.

Atlanta hasn’t received much help from its middle infielders so far this postseason. Ozzie Albies has a .576 OPS, and Dansby Swanson is carrying a .559 OPS. Fortunately, Eddie Rosario, Freddie Freeman, and Jorge Soler are hitting well.

Initially, Jose Urquidy was expected to start for the Astros on Tuesday night. However, Dusty Baker used Urquidy in the fourth inning of Game 5. Shortly after that game, Baker indicated he would likely use Luis Garcia instead in Game 6.

Garcia has been the converse of Fried. He was abysmal in his first two starts this postseason. He allowed 10 earned runs in 3.2 innings in blowout losses to Chicago and Boston. However, he was much better in his last two starts.

In Game 6 of the ALCS, Garcia shut the door on Boston. He allowed just two baserunners and no earned runs over 5.2 innings. Garcia was a little more shaky in Game 3 against Atlanta, walking four batters and giving up three hits over 3.2 innings, but he surrendered a single run.

After going mostly silent through the first four games of the World Series, Houston’s bats came alive on Sunday night with the Astros’ playoff lives on the line. The Astros had 12 hits with Carlos Correa and Yuli Gurriel each recording three base knocks.

Houston’s veterans were really struggling in this World Series, so players like Correa and Gurriel needed to step up. ALCS MVP Yordan Alvarez failed to record a hit in five at-bats in Game 5, and Alex Bregman continued to struggle at the dish.

Kyle Tucker might be the World Series MVP if the Astros come back to win in seven games. Tucker reached base three more times on Sunday night, and he has an .873 OPS against Atlanta through five games.