The final basketball game of 2020 will be a highly anticipated Western Conference showdown between the Phoenix Suns and the Utah Jazz, and VI has you covered with another slate of best bets and game previews to help you gain an edge on all the action.

Utah currently sits as a 3.5-point favorite over the Suns, making this the first contest that Phoenix has been listed as an underdog since the acquisition of All-Pro guard Chris Paul. 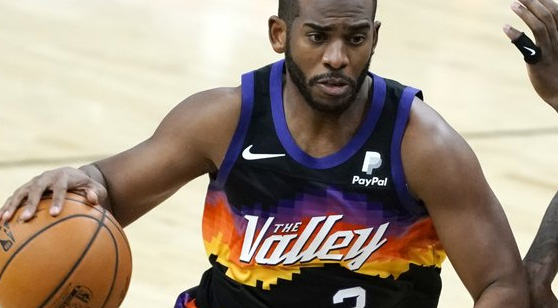 The Suns are off to a hot start and the addition of veteran point guard Chris Paul has helped the young core. (AP)

The Jazz opened the season on a high note with a 20-point victory over the Trail Blazers, 120-100. However, Utah followed that up with a head-scratching loss in their second contest to the Timberwolves, as Donovan Mitchell put on a horrid offensive performance, finishing just 6 of 23 from the field (26.1%).

In Utah’s most recent outing, they pulled off a slim victory against an Oklahoma City team that has fallen into an obvious rebuild situation, 110-109, despite another inefficient night from Mitchell (20 points, 34.8% FG, 2-10 3PA).

The Suns are off to a 3-1 SU start to the season, with their only loss coming in the front end of a back-to-back set with the Kings. Phoenix’ most recent outing resulted in a blowout victory over the New Orleans Pelicans, 111-86, a game in which Devin Booker and the rest of the Suns’ starters received plenty of rest in, thanks to them gaining over a 20-point advantage prior to the halftime break.

Phoenix and Utah met up twice during last year’s regular season and somehow managed to play very dissimilar basketball games on each occasion.

The first matchup was a low scoring defensive battle that the Jazz won, 96-95 behind a 29-point outing from Bojan Bogdanovic. While the second game had the feeling of something like an NBA All-Star game as Booker and Mitchell combined for 62 points in a Suns’ victory, 131-111.

These teams appeared to be pretty evenly matched during last year’s regular season, and the “eye test” tells me that Phoenix has dramatically improved on both sides of the ball since their last meeting with the Jazz.

CP3 has taken over the bulk of Phoenix’ distribution responsibilities which has really allowed Booker to get into his scoring element thus far. The Suns are a force to be reckoned with in the Western Conference this season and I expect them to let the Jazz know that on New Year’s Eve.

The Jazz are built to compete in Western Conference Finals-esque atmospheres, but cannot keep allowing Mitchell to bury the whole team offensively when he is having a bad shooting night shooting the basketball.

Over his last two contests, Mitchell is 14-of-46 from the field (30.4%) and 4-of-19 from 3-point territory (21.1%), which basically costed Utah the game against Minnesota, and almost resulted in a second consecutive loss to Oklahoma City.

I trust Mitchell will turn it around at some point early on in the season, but he has to learn how to turn over the keys to the offense when he isn’t feeling his shot on any given night.

After averaging 16.3 and 18.2 points per game during the first two years of his NBA career, Deandre Ayton has now yet to eclipse 15 points in a single contest so far this season (11.5 ppg.).

Ayton will likely juice those volume totals up with a few monster performances in some weak opponents over the course of the season, but I doubt that his New Year’s Eve matchup with former Defensive Player of the Year, Rudy Gobert, will be one of those outings.

The Jazz still seem content allowing Mitchell to shoot his way out of his offensive slump, so as a bettor I am content continuing to place wagers on teams matching up against Utah until he gets his scoring groove back. I’ll back the Suns to win this game or keep things close at the very least.