Following another hectic weekend of sports, Western Conference action picks back up on Monday night with the New Orleans Pelicans visiting the Dallas Mavericks and VI has you covered with another slate of best bets and game previews to help handicap all the action.

Dallas comes into Monday’s contest as a 3.5-point favorite, marking the heaviest ‘underdog’ tag placed on the Pelicans so far this season (+3 at Miami).

While the total for this game currently sits at OU 218.5 – tied for the lowest ‘over-under’ for a Mavericks’ game this year. 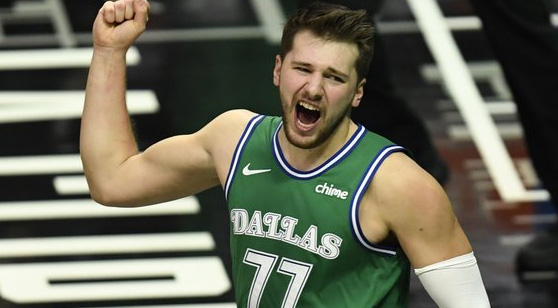 Luka Doncic and the Dallas Mavericks have gone 2-1 both SU and ATS at home this season. (AP)

The Pelicans come into this contest riding a 3-game losing skid, with losses to the Pacers, Thunder, and Hornets across that stretch.

Prior to that though, New Orleans had won four of its first six games to open the season, but only one of those victories came against a team currently sitting at .500 (Thunder on road).

Dallas had a tough set of games to start the season, matching up with the Suns, Lakers, and Clippers in their first three contests (1-2).

Since their rough start though, the Mavs have completely turned things around and have now won three consecutive games against playoff teams from last year with victories over the Rockets, Nuggets, and Magic last week.

Dallas and New Orleans met up four times during last year’s regular season, which resulted in a four-game series sweep for the Mavericks, and two of those wins coming in blowout fashion.

Kristaps Porzingis led Dallas in scoring in its most recent matchup with New Orleans (34 points), but in the other three contests it was Luka Doncic dominating the Pelicans, tallying 25+ points in all four of the Mavericks’ victories.

The Pelicans are not a title-contender by any stretch of the imagination, but their 4-5 start to the year is still disappointing given the talent-level on New Orleans’ roster and the teams they have matched up with so far (Hornets, Thunder (2), Raptors (2).

For a team that is missing one of its All-Stars, a 5-4 SU start to the year is nothing to complain about, especially when you consider who Dallas has matched up against out of the gate (Lakers, Clippers, Heat, Suns, Rockets, Nuggets).

Monday night should be a breath of fresh air for the Mavericks though as they will get a crack at a team with a losing record for just the third time this season.

Porzingis has yet to suit up for Dallas this season, but the former Knick has finally been deemed questionable for Monday’s contest against the Pelicans.

The Mavericks are likely the best bet in this game regardless of whether Porzingis plays or not, but Luka could undeniably use the scoring help sooner rather than later.

Williamson had a relatively slow start to his sophomore campaign, scoring 20 or less points in three of his first four contests to open the season. Since that stretch though, Zion has scored 21 or more points in four of his last five matchups and will be seeking his third straight game with 25+ points on Monday night. Back him to have another big game on the scoreboard in what is set to be a high-scoring affair against the Mavericks.

Although it appears that the Mavericks will be thin on the wings for Monday night’s matchup, they still currently appear to be the much better team heading into this game and there is always the running chance that Porzingis could log some minutes for the first time this season.

I’ll confidently back Dallas to win and cover in their first tilt against New Orleans.