Western Conference NBA action is back on TNT with the Rockets set to host the Blazers during Thursday night’s primetime slate, and VI is getting you ready with more Best Bets and Game Previews to help handicap all the evening’s top matchups.

The Rockets head into this game as a 4.5-point home favorite – coming off straight-up wins in each of their last three matchups, while being listed as ‘underdogs’ in two of those contests (Detroit and Dallas).

While the total for this contest currently sits at OU 228.5, after Houston and Portland managed to combine for 226 total points in regulation during their first matchup of the season (OU 225.5). 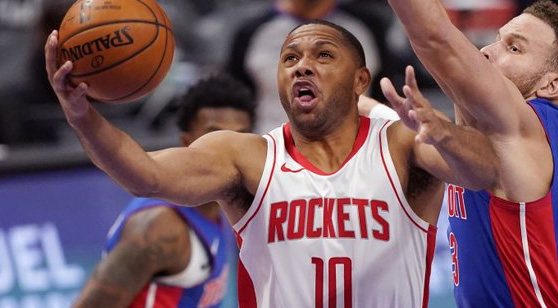 Eric Gordon and the Rockets have been on a roll lately, winning and covering their last three games. (AP)

The Blazers got off to a hot start to the season – boasting a 7-4 record through their first 11 games but since their strong start, they have lost three of their last five contests as the injuries continue to pile up for Portland.

Portland’s most recent affair resulted in a 3-point loss the Oklahoma City, as a combined 70 points of support from Carmelo Anthony, Nassir Little, and Anfernee Simmons still was not enough to push Damian Lillard and company over the edge against the Thunder.

On the other hand, the Rockets appear to be experiencing their first glimmer of success since trading away James Harden – having won three straight games for the first time this season, which includes the time Harden spent in Houston prior to getting traded.

Since being traded to the Rockets, Victor Oladipo’s offensive efficiency numbers have plummeted – shooting 37.8% from the field and right around 30% from 3-point territory.

Oladipo certainly hasn’t let that affect his willingness to take shots with his new team though, considering he has put up more than 20 shot attempts in three of his first four games in Houston, which he did a total of zero times in Indiana this season prior to getting traded.

Although Portland finished a full 10 games behind Houston in last year’s Western Conference standings, the Blazers still managed to take three of four games from the Rockets last season – with their only victory coming in a game that Harden and Westbrook combined for 64 points in.

The first matchup between Portland and Houston this season was an absolute thriller, as the Blazers led by double-digits heading into the 4th quarter, only to have that lead erased and the game sent into overtime behind 12 points from Harden in the final stanza of the contest.

C.J. McCollum ended up getting the best of Harden in the end though – racking up seven quick points in overtime on three of four shooting to cap off 44-point night (9-16 3P).

Unfortunately for Portland though, McCollum will be forced to miss an extended period due to a hairline fracture in his foot. 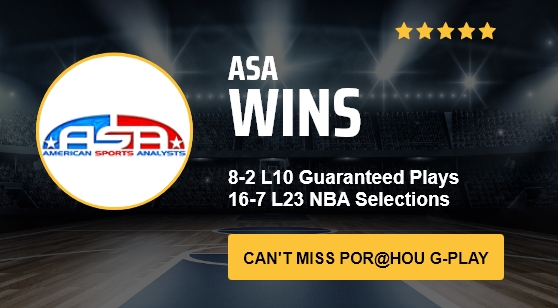 When the Blazers are healthy, they are capable of being perennial Western Conference contenders. But when their roster begins to dwindle down to what it looks like now, they can become pretty difficult to put any trust into – considering they have failed to cover the spread in five of their last seven games, bringing them down to 6-10 ATS on the year.

Lillard has stepped up in a big way since the injuries to virtually half of Portland’s rotation – racking up either 30 points or 10 assists in each of his last four contests.

The ‘over’ has cashed in three consecutive Portland games, but make note that Thursday night’s total (228.5) is the highest ‘over-under’ we have seen in a Blazers’ game since they matched up with the Kings back on January 13th (237).

The Rockets come into this game riding a 3-game winning streak SU and ATS, despite being without their current leader in scoring and rebounding, Christian Wood, in each of those three matchups.

DeMarcus Cousins has been starting in place of the injured Wood for Houston over the last few games. Boogie is having a rough start to his tenure in Houston, averaging 8.8 points and 7.8 rebounds on 34% from the field so far this season.