Utah won its 10th straight game on Wednesday night. The Jazz beat the Dallas Mavericks, 116-104 in Salt Lake City to move to 14-4 on the year. The loss dropped the Mavericks to 8-10, but they will have a chance to avenge that defeat in a rematch on Friday night. 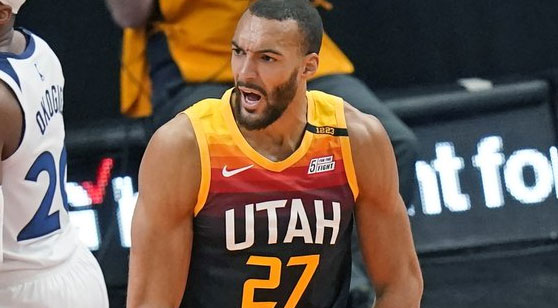 Rudy Gobert and the Jazz look for their 11th straight win on Friday as they host Dallas. (AP)

The Jazz have overcome a middling start to the season with 10 straight victories over the last three weeks. Their winning streak started with a road upset of the Milwaukee Bucks back on January 8, and they have also knocked off Atlanta, Denver, and Golden State over that stretch.

Utah has been held under 108 points just once during this run. That was early on when the Jazz gritted out an ugly 96-86 win over the Detroit Pistons for their second win in this streak.

Wednesday night’s game was essentially decided by halftime as Utah took a 21-point lead into the break. Luka Doncic poured in 30 points on 13 of 24 shooting, but it wasn’t enough as the Jazz outrebounded the Mavericks by 14 boards.

Jordan Clarkson came of the bench to score 31 points, and both Rudy Gobert and Joe Ingles had big nights with Donovan Mitchell not in the lineup.

That’s not just a Doncic problem though. Dallas is currently the worst three-point shooting team in the league. The Mavericks are making just 33.2 percent of their triples, as Kristaps Porzingis is making just 29.4 percent of his threes too.

There are only four good three-point shooters on the roster. Tim Hardaway Jr. is the most frequent firer of the bunch (8.0 3PA), and he is making 39.7 percent of his threes.