Interconference NBA action will take center-stage on Wednesday night with the Pacers set to host the Warriors in primetime on ESPN. So, VI has you covered with a variety of betting resources to help handicap all the evening’s top matchups.

The Pacers head into this matchup as a short home-favorite, marking the sixth consecutive game that Indiana has been favored in.

While the total for Wednesday’s contest currently sits at OU 228.5 – which is the highest total set for a Pacers games since they played the Nets back on February 10th (U 234.5). 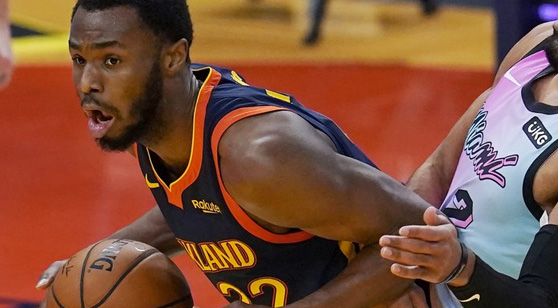 The Warriors will be facing a back-to-back spot on Wednesday and they've gone 2-3 this season on no days rest. (AP)

Indiana has needed overtime to determine a victor in each of its past two matchups – with the first of those contests resulting in a loss to the Bulls, and their most recent affair resulting in a victory over the Timberwolves.

On the other side of this matchup, the Warriors managed to snap a 2-game losing skid with an 8-point win over the Knicks last night, as Stephen Curry posted a 7-14 clip from long-range on his way to 37 points during Golden State’s sixth victory over an Eastern Conference opponent this year.

The Pacers and Warriors met up just one time during last year’s regular season, which resulted in an 11-point victory for Indiana behind one of T.J. Warren’s extraordinary 30-point explosions (60.8% FGA).

While the most recent matchup between these teams took place this past January, which resulted in another victory for the Pacers – except this time around it was the big men, Myles Turner and Domantas Sabonis, dominating the event with a combined 40 points on 53% from the field.

The Warriors finally got Kevon Looney and James Wiseman back from injury during Golden State’s most recent contest with the Knicks, and it seemed to pay dividends at both ends of the floor in the victory.

Wiseman put up 14 points across 16 minutes of action and Looney contributed six rebounds, four assists, and a block during his 20 minutes of play.

Despite the core of Golden State’s frontcourt missing virtually the whole month of February with injuries, the Warriors have still managed to string together a 6-6 SU and ATS record so far this month.

While the re-emergence of Looney and Wiseman to Golden State’s rotation won’t quite turn the Warriors back into the team they were a few years ago, it should provide them with some depth in a department that Steve Kerr’s team is extremely thin at.

The Pacers may have dropped four of their first five games to kick off the month of February, but Indiana finally appears to be trending in the right direction as we head down this final stretch prior to the All-Star break.

Indiana boasts wins in three of their last four contests now, with their only loss across that span coming during a 120-112 overtime setback with the Bulls that Zach Lavine managed to rack up 30 points.

The ‘over’ has cashed against totals ranging from 223-226 in each of the past three Pacers games now.

Before running straight to the “Indiana Over” bandwagon though, make sure to take into consideration that one of those contests would have stayed ‘under’ the number if it wasn’t for overtime (vs CHI), and the total had stayed ‘under’ in four straight games prior to this current streak of high-scoring affairs.

Ever since the Pacers shipped Victor Oladipo to Houston as a part of a four-way trade earlier this year, Justin Holiday has really stepped up his game for Indiana’s starting five – now cracking double-digit scoring in eight out of nine games since the start of February, while posting 15 points or more in four of those contests.

Malcolm Brogdon should have a busy night on the defense chasing around Curry for the majority of Wednesday’s event. I’ll back the eldest of the Holiday-trio to give Indiana a little extra on the scoreboard in this matchup.

The Pacers head into Wednesday night’s matchup having won three of their last four contests, with all four of those matchups coming against opponents possessing a record below .500.

Prior to Indiana’s most recent stint of success though, they had lost four straight games – with only three of those four losses coming against teams sitting above the .500 mark for the year.

Unfortunately for the Pacers, this is another matchup with a team owning a solid record (GS 17-15). I’ll back the Warriors to pick up a win on the second half of a back-to-back here.