New York is riding a 6-0 ATS run, while coming off a pair of solid home wins over the Lakers and Grizzlies. The Knicks face the Pelicans for the first time this season as New York seeks its first four-game winning streak of the campaign.

The Pelicans have also won three games in a row, although the last two have come against Cleveland and Sacramento, who are not going to the playoffs. New Orleans has been shaky as a favorite this season, owning a 6-9 ATS mark the last 15 tries as chalk.

The Knicks have compiled a 6-1 ATS record in their last seven tries in the road underdog role and worth a strong look in the Big Easy on Wednesday. 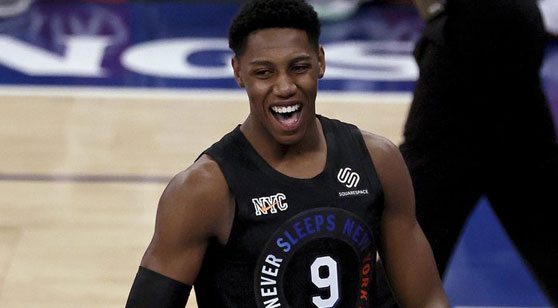 The Knicks have covered six consecutive games as they travel to New Orleans on Wednesday. (AP)

New Orleans hosts New York on Wednesday Apr. 14, 2021 for this Eastern vs. Western Conference game that is scheduled for 20:00 local time at the Smoothie King Center.

The Knicks are currently sitting in eighth place of the Eastern Conference standings with a 28-27 record. New York has lost 17 of its last 28 games when playing on the road.

New Orleans sits in 11th place of the Western Conference standings with a 25-29 record. The Pelicans are 16-13 when playing inside the Smoothie King Center this season.

The Pelicans have won three straight games, with the last loss for New Orleans on Apr. 7, 2021 against the Brooklyn Nets. New Orleans covered the spread in two of the three wins.

New York is on a three-game winning streak as week, with all three victories at home. The Knicks have lost their last two games when playing on the road, and three of their last four away from Madison Square Garden.

The Pelicans have won three of their last four games against the Knicks, with all three games New Orleans won go OVER the point total. New York has covered the spread in two of the last three games against New Orleans, including two straight when playing inside Smoothie King Center.