Nationally televised NBA coverage will conclude on Monday night with a heavyweight non-conference bout between the Brooklyn Nets and Los Angeles Clippers. Coverage begins from Staples Center at 10:30 p.m. ET on NBA TV.

After finishing second in the East with a record of 48-24 SU last year, Brooklyn stumbled out a surprisingly slow start to the new season, as the Nets opened with a lackluster 2-3 SU and ATS skid– despite being favored in all but one of those affairs.

The Nets always make winning look difficult though, considering Brooklyn enters Monday riding a polarized 19-6 SU and 11-15 ATS run – ranking them 4th in the league SU with an overall record of 22-9 – and 27th ATS at 14-17.

On the other hand, Los Angeles posted a solid start to the season, as the Clippers kicked things off with a sturdy 8-4 SU and 7-5 ATS run – which was far less impressive than it sounds, considering they were favored in ten of those contests.

The Clippers have looked rather pedestrian since their opening stretch though, considering L. A. is just 9-11 SU and 6-14 ATS across the last 20 games – despite being favored in 14 of those matchups.

I’ll lay the points with Brooklyn here, as the Clippers have really struggled as of late, sitting at 1-3 SU and ATS in their last four games, while averaging just 100.7 PPG across that stretch – and Paul George’s latest injury likely won’t help their cause.

After stumbling out to a surprisingly poor start to the season, Brooklyn finally settled into a rhythm during the back-half of December, as the Nets now lead the Eastern Conference pack with a sturdy record of 22-9 SU – yet still rank towards the bottom of the barrel ATS at 14-17.

Brooklyn’s successful run may be in jeopardy though, considering 13 different Nets’ players have cycled through the injury report over the last seven days for various health reasons – likely resulting in James Harden serving as the lone wolf for Brooklyn yet again in Monday’s matchup.

Most people lost faith in L. A. following Kawhi Leonard’s devastating knee injury last year – but it turns out, the Clippers still stand as a solid team without him, considering they decisively handled business against Utah for the remainder of that series, and then went toe-to-toe with Phoenix for the length of a competitive six-game conference final set.

The Clippers have looked like a shell of that team this year though, as L. A. currently ranks fifth in the West with a record of 17-15 SU – yet remains considerably distanced from top-tier squads like the Warriors (27-6), Suns (26-6), and Jazz (19-7), who pace the pack by a large margin. 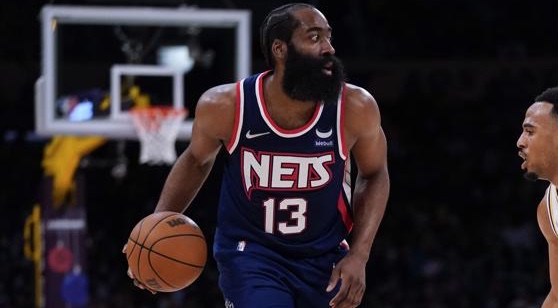 Brooklyn swept a two-game regular-season set against the Clippers last year, with both matchups going over the total set for Monday’s affair at a lofty average of 234 PPG.

After winning a thriller against the Lakers on Christmas Day, the Nets will return to Staples Center on Monday evening as moderate road favorites over the Clippers – marking the fourth time L. A. has been an underdog at home this season.

I’ll lay the points with Brooklyn here, as despite their incredibly crowded injury report, the Nets have still played well as of late, sitting at 5-1 SU and 4-2 ATS across the last six games – and I expect them to earn a second-straight win at Staples Center on Monday night.