Nationally televised NBA coverage will resume on Thursday night with a heavyweight Eastern Conference Showdown between the Philadelphia 76ers and Milwaukee Bucks. Coverage begins from Fiserv Forum at 8:30 p.m. ET on TNT.

After earning the top spot in the East with a record of 49-23 SU last year, Philadelphia stumbled out to a surprisingly pedestrian start to this season, as the Sixers kicked things off with a mediocre 16-16 SU and 13-18-1 ATS stretch – while averaging just 105.4 OPPG during that timeframe.

The Sixers have been red hot since the Holidays though, considering Philadelphia enters Thursday riding a sturdy 18-7 SU and 14-11 ATS run – while scoring 109.8 PPG OPPG and allowing just 104.7 DPPG across that window.

On the other hand, Milwaukee also posted a relatively slow start to the season, as the Bucks kicked things off with a lackluster 6-8 SU and ATS skid – with four of those SU losses coming in matchups they were favored in.

The Bucks have quietly dominated since that opening stretch though, considering Milwaukee is 30-15 SU across their latest 45-game stretch, with 23 of those victories coming by eight points or more – yet still sit 20-25 ATS across that span.

I’ll take the over here, as Thursday’s headliner will likely be a track meet between a Bucks squad that’s averaging 124.5 PPG across their latest 4-2 SU stretch – and a Sixers squad that, aside from Tuesday’s blowout loss against Boston, has played incredibly solid basketball since New Year’s Day (15-7 SU, 12-10 ATS).

After getting stunned by Atlanta in the second round of last year’s playoffs, the Sixers stumbled out to an incredibly frustrating start to this season, as Philadelphia went just 16-16 SU across their opening 32-game window – while averaging less than 106 OPPG during that span.

Joel Embiid has single-handedly carried the Sixers since the Holidays though, considering Philadelphia sits 18-7 SU across their last 25 games, propelled by Embiid averaging 33.1 PPG, 11.4 REB, 4.7 AST, and 1.5 BLK during that timeframe. Fortunately, help is on the way in the form of James Harden, as Philadelphia acquired the nine-time All-Star from Brooklyn at the trade deadline – and he’s slated to make his Sixers’ debut shortly after the All-Star Break.

After finishing with the best record in the East in two of the last three regular seasons, Milwaukee’s rough start was a bit of a head-scratcher, as the Bucks’ compiled a record of 162-65 SU across the previous three seasons – and then opened this season just 6-8 SU.

Milwaukee has played excellent basketball, when healthy, since mid-November though, considering the Bucks enter Thursday riding a sturdy 23-15 SU run – with a good portion of those losses coming in spot absences of Giannis Antetokounmpo (5). 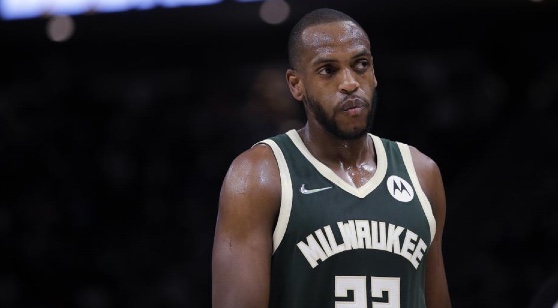 The Bucks are 5-1 ATS in their last six matchups against Philadelphia. (AP)

The Bucks swept a three-game regular-season set against Philadelphia last year, with the first matchup staying under the total at a score of 109-105 – while the ensuing two events soared over at an average of 233.5 PPG. The most recent meeting between these teams took place back in November of this season though, which resulted in another high-scoring victory for the Bucks (118-109).

After getting blown out by the Celtics at home on Tuesday night (L, 135-87), the Sixers hit the road for Thursday’s contest as six-point underdogs against the Bucks at Fiserv Forum – marking the heaviest underdog tag given to Philadelphia in nearly three months.

I’ll take the over here, as this should be a competitive high-scoring bout between a Bucks squad that’s averaging 116.3 OPPG across their latest 6-9 ATS skid – and a Sixers squad that’s 15-7 SU since the start of January.