Wildcard Weekend is in the books, and with both No. 6 seeds advancing, knocking off two future Hall-of-Fame QB's at home in the process, it makes for a changing of the guard the rest of the way. There are only two starting QB's left of the eight remaining teams that have played in a Super Bowl before, and after next week that number will be down to one with the Seahawks and Packers meeting in Green Bay.

But with just three weeks left in the season before a new champion is crowned, I thought it best to take a look back at a couple of different statistical categories that may not have a direct correlation to playoff success from the Divisional Round on, but have performed fairly well over the years.

So do what you will with this information going forward, but it won't be hard to see if it continues to follow suit. Although maybe the changing of the guard we've seen with the old guard at QB going down could apply to how bettors approach the rest of the NFL playoffs as well.

During the past three years, from the Divisional Round on, backing the team that finished the regular season with a Turnover Margin per game that was at least 0.2 better than their opponent has gone 15-2 ATS

Turnovers are something that are hard to handicap, but if a team's been on the positive side of them all year long, that tends to hold true in the playoffs. Using a margin of +0.2 or better helps eliminate some potential rounding errors if you were to look at say, giveaways and takeaways per game, so that's why I went with that.

A 15-2 ATS record does mean it's not applied to four different games over the past years (4 Div games +2 Conf +1 Super Bowl). Last year's AFC Championship and Super Bowl were two of those four occurrences with the Chiefs and Patriots being tied in turnover margin per game at +0.6, and with the Rams checking in at +0.7, the difference of 0.1 between them and New England doesn't fit.

The other omissions here were the “Minneapolis Miracle” game between the Saints and Vikings after the 2017 season (New Orleans was 0.1 better then Minnesota that year and the Saints did end up covering that game by the hook), and the Super Bowl between New England and Atlanta. That Super Bowl fell into the same scenario as the “Minneapolis Miracle” with New England being 0.1 better in turnover margin per game and ultimately covering the spread.

What that does ultimately mean as well, is that if you just want to take the team that finished the regular season with the better turnover margin per game, you'd still be sitting with a 17-3 ATS record in this span, with the Chiefs-Patriots game last year being the only one that doesn't apply. Turnovers might be somewhat random, but a run like this does put a bit of a crack in that argument.

It hasn't always worked as well during Wildcard Weekend, as evidenced by the two best teams in turnover margin per game this season being eliminated (New England and New Orleans), while Buffalo was the other Wildcard team to fall while facing a team with a worst number in this stat. But, with the cream rising to the top from the Divisional Round and beyond, this regular season turnover margin stat is something to consider.

Those would suggest that backing Minnesota, Baltimore, and Kansas City next week should result in a profitable outcome should this trend hold, with the Seahawks/Packers game not applicable given their dead heat. Whether or not that's how it plays out remains to be seen, but if you are looking for a bit more support in supporting one of those sides you may already like, don't shy away from this data.

This trend was a little hard to formulate the correct statement for, because in other words, you really want to expect teams that finished the year with a point differential of +100 or better to be involved in the Super Bowl. In fact, since that 2003-04 season (the New England/Carolina Super Bowl), there has been at least one team involved in Super Bowl that did finish the year with a +100 or better point differential.

Taking it a bit further, you generally want to back teams that finished 1st or 2nd in their conference in point differential to go all the way, as the last time we had a Super Bowl game that didn't involve the at least one of the Top 2 teams from their conference in this category was back in 2008-09 season when Pittsburgh (who was 3rd in the AFC in point differential) beat Arizona (who was dead last among NFC playoff teams that year). That's 10 straight Super Bowls of having at least one of the top two teams in this category (among playoff teams) go all the way.

What that means for this year, is that Baltimore (+249 for 1st in AFC) and San Francisco (+169 for 1st in NFC) are on the fast track to be Super Bowl bound. As the respective #1 seeds in both conferences, that's not exactly a ground breaking statement, but before last year's game when the Patriots and Rams came in ranked 2nd in point differential in their respective conferences, the last time we didn't have at least one top ranked team in their conference in point differential in the Super Bowl, was oddly enough, the Baltimore/San Francisco Super Bowl after the 2012 season. In fact, at least one of the top teams in their respective conferences has made the Super Bowl in 12 of those 16 Super Bowls.

Sure, one of these teams could go the distance, and I actually believe one will, but they'll likely be up against a powerhouse from this year, as the rest of teams, and historically at least one Super Bowl team has had a point differential of +100 or better.

Oh and for those that are curious, the sub-100 point differential team I do believe will go the distance this year are the Green Bay Packers. And the team that I hope they'll be up against is the team in the AFC I've liked since the summer; the Kansas City Chiefs (+143 point differential). 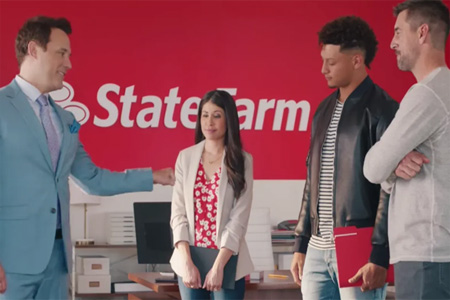