Hot and Not Report - Week 2

It's looking like it could be a mixed bag of results from last week's Hot and Not piece, as Baltimore needs a win on MNF to just get a 2-2 SU split on that 24-6-1 SU run playoff teams had vs non-playoff teams in Week 1. An 'under' also cashing on MNF would put the 'unders' in games featuring AFC playoff teams at 4-1 pushing that to a 4-15 O/U run the past few years and something to keep in mind next season.

Hopefully we can find a week were both findings can hit at a nice pace, and with this week's TNF combatants – New York Giants and Washington – already starting out 0-1 SU and ATS, it didn't take long for the memory bank to pull up this piece from Week 8 a year ago.

For consistency sake we will keep that to the latter half of this piece as the rest of the year (skipping the Ravens debacle missing TNF with games on every other day of the week) didn't bring as much success but didn't do anything to persuade against it either.

Instead, we will start with a perfect 8-0 SU and ATS run that goes all the way back to the 2012 season. My apologies Lions fans.

Call this the “shoot your shot and miss” theory if you'd like, but NFL teams that have things clicking at least offensively to open a season (scoring 30+) but end up with a loss, generally need at least a week to find “it” again.

You can't completely hate on the Saints though, as New Orleans was the last franchise to buck this trend when they beat Chicago 30-13 in 2011 after scoring 34 in a Week 1 loss. Last year, we saw the Vikings and Panthers each lose again in Week 2 after scoring 30+ in their opener, and each of them lost their Week 2 game by at least 14 points.

None of that is good news for the Detroit Lions (+10.5 @ Green Bay) in Week 2, as their heroic efforts to try get a backdoor cover like HC Dan Campbell had boosters to impress puts the Lions in this dreaded “shoot your shot” role this week. Visiting an angry and destined to look exponentially better QB Aaron Rodgers at home on top of it. We also can't forget about the fact that this will also be rookie HC Dan Campbell's first road game as the boss, something we saw go 2-2 SU in Week 1 (NYJ/JAX with losses, LAC/PHI with wins), but is still 33-53 SU since 2002.

The Lions will be the biggest underdog of any of the former teams in this Week 1 loss 30+ role which could put a damper on that perfect ATS run, but last year's Carolina team at +7.5 vs Tampa were the biggest underdogs previously and that game was 21-0 for Tampa Bay at halftime (31-17 win).

Rodgers and the Packers are going to be the topic of a lot of negative sentiment this week in the news cycle, and if it starts bleeding into this line moving Detroit's way, it's going to be impossible to leave the Packers alone. Green Bay on MNF is usually about as popular as it gets, but it will be tougher to reach that stage after what Green Bay showed in Week 1 and it discussed every day until their next game is played.

But Rodgers off an awful loss is something I'm only going to want to back, and with it being the Lions on the other side with a rookie HC making his road debut, Detroit already projected as a bad team, and the Lions in a post-Week 1 role that no NFL franchise has covered any point spread in for nine seasons?

With a loss by Washington already in the books early on the Week 1 Sunday slate, and the Giants falling further and further behind in their game against Denver in the afternoon, this run in recent years of fading teams before a TNF appearance quickly came to mind.

The overall 7-15 SU and 7-14-1 ATS record for franchises the week prior to playing a TNF game last year (ignored all Thanksgiving Day games with Dallas/Detroit and the scheduled Baltimore/Dallas TNF game last year) didn't finish strong in the slightest given how good this idea worked early in the year, and if you were to think about possible reasons why that would have been the case, maybe this is a betting angle we only look to do for the first 10 weeks or so going forward.

Thinking of possible reasons why that would be the case does lead to thoughts of teams/players still looking to establish their “normal” weekly routines for the season early on, and throwing in one of these short week TNF games does throw a big wrench into that concept. Guys may be spending that previous week simultaneously digesting info on two different teams (their Sunday opponent and then the TNF opponent) and that could be somewhat behind it as well. This week it calls on fading the Carolina Panthers and Houston Texans before their Week 3 TNF date. 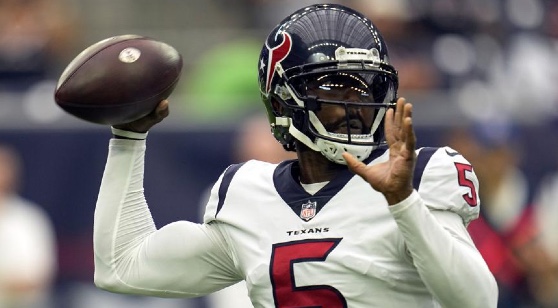 Who knows, maybe it's one of those things that is just completely random in the NFL and doesn't need reasoning to explain why it continues to work. Some of these scenarios brought up in these weekly pieces will be like that and they'll be cast aside as “worthless” by many because of how random they seem to be. That's all well and good, I completely get that.

But if you believe in the common assumption/belief/fact in the sports betting world that more than 90% of bettors (or let's say “heavy majority if actual %'s can't be agreed upon) lose in this racket long term, let me ask you this - especially when you consider that 95-99% of the content in the sports betting industry is so heavy in player-based analysis (injury reports, advanced stats, what players did earlier in the season etc).

How long does it take for someone to possibly consider that those two things are more directly correlated than anyone wants to reasonably believe, and that doing one (breaking down games with player/injury analysis) could be the leading factor behind the other? (90% of bettors losing long term).