It's been a week filled with nothing but praise for the Tampa Bay Buccaneers as you've got mainstream media outlets putting out pieces like “Why the Buccaneers are the NFL's best team by a mile” and looking over at the situation Tom Brady left in New England and counting on this guy to play forever.

Statistically, the Bucs have been great so far this year and there is no denying that. But we are also just seven games into the year and there is plenty of football left to play. Let's pump the breaks a bit on this prisoner of the moment type mentality.

I mean, Tampa's 5-2 SU, but they were gifted a win against the Chargers when L.A. just completely botched their big lead starting in the final minutes of the 1st half. They beat a Carolina team in their new head coach's first ever career NFL road game (always a great fade spot) and in the infancy stages of a rebuilding program. There was a 28-10 win against a Denver team that ranked 27th in the league at the time in yards per play of offense, and currently ranks 28th in the league in points per game (19.3).

Add in a blowout win over a Raiders team that was dealt a brutal hand late in the week with their positive virus results. There is a case to be made that Tampa's been dealt the best of it more often than not and to their credit have taken full advantage. Not really all that different than what Brady did in New England when he got to beat up on three awful teams twice a year in the AFC East for the bulk of the past decade.

So seven games in, sure, call Tampa Bay the best team in the league by a mile. What does that really matter? Is there some sort of award for that title in this league each week? Who cares who is the best right now other than headline writers and click bait operators.

Yet, here we go again with Tampa getting dealt the best of it. Not only are the 1-6 New York Giants sharing the field with them on Monday night, but just like the Raiders last week, New York got hit with COVID issues late in the week and have had to adjust/pause their preparation accordingly.

Even without that disruption, Tampa Bay was still expected to win this game comfortably, but as I've mentioned numerous times in the past, there comes a point where point spreads simply become too inflated based on the overall perception/belief of a team, and how can a team's spread not get inflated after being called the best team in the league by a mile?

Covering inflated numbers was Brady's specialty in New England though as he consistently found a way to reward Patriots backers or never had any issue with paying that “Patriots tax”. Brady's shifted that tax down to the Sunshine State this year, but the will the results stay the same with bettors comfortably stepping up and paying that “Bucs tax” and still getting rewarded?

Odds Subject to Change - per Sportsbetting.com 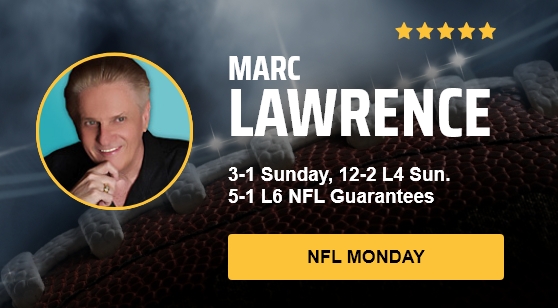 Statistically there is plenty to like about Tampa through seven weeks, and I would argue that it's the defense that has been the far better unit overall for this team. They are T-1 in the league in opponent yards per play (4.8), 1st in opponent yards per rush attempt (3.0), and #1 in DVOA as has been heard a lot this week.

Numbers like that from this unit and facing this Giants team that's done next to nothing offensively all year does give this game a huge mismatch feel, but it's not like these stats are a secret and they are already part of the process in oddsmakers putting out the side and total numbers that they do.

At the beginning of the week there was some strong disagreement with the opener on the total as came out at 48 and has only really received 'under' support in large part because of Tampa's defensive metrics.

Change for change sake is needed though as the alternative isn't really any better (in either the football game or political metaphor), but banking on this awful Giants offense to pull more than their own weight in pursuit of potentially cashing an 'over' ticket against “the best team in the league by a mile” is akin to believing the incumbent will all of a sudden stop being as divisive as he is.

Sure, Tampa could do most of the heavy lifting on the scoreboard to help 'over' bettors have hope or even get to the cashier's window ultimately, but if that's the side of the spectrum you land on, isn't backing the Bucs ATS the much better betting option than the total? I would argue that's the case if you do indeed believe this will be a Tampa blowout win.

So passing on having your voice heard in the political realm isn't something anyone should do these days, but passing on this total from both sides is an easy betting decision to make this week. 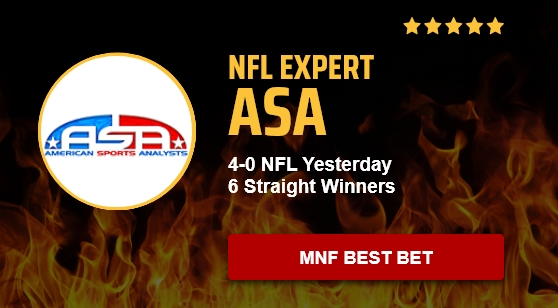 Buccaneers vs. Giants
Handicapping the Side

Passing on the side isn't something I'll be doing here though, as I do believe this spread is one that does look rather inflated. The perception of Tampa Bay is back through the roof as it was when they announced they signed Brady, and while trusting the Giants offense to do enough to help get an 'over' ticket to cash may be tough, trusting this Giants defense to hold on long enough to keep this game within this point spread is far more reasonable.

New York's defense is 12th in opponent yards per play (5.4 – or 0.6 yards worse than Tampa's), and the level of competition may not be there for recent Giants games either, but they have held three of their last four opponents to 22 points or less, and already have three sub-20 point efforts against Washington, LAR, and Chicago this year.

If they are able to hold Tampa's attack to 21 points or so, asking the Giants offense to put up 10-14 points themselves is a far easier proposition to stomach.

Furthermore, this game might not have anything to do with New England, but Giants HC Joe Judge is intimately familiar with Brady and his tendencies. Brady's never liked sharing the field with the Giants in the past, and I would think that Judge has spent some extra time in those defensive meetings this week to help in any way he can. That's an already situation to have on your side when you are catching nearly two full TD's.

Finally, it might not mean a whole lot to some, but Tampa's also in a potential look ahead spot with a SNF showdown with Drew Brees and the Saints on deck.

New Orleans grabbed that first meeting in Week 1 as Brady worked through the kinks in his first game in a different uniform, and with the NFC South a division that's going to be decided between Tampa Bay and New Orleans, it's easy to figure the Bucs might already have one eye on next week. Survive and advance is the mentality there, not necessarily winning by a big margin.

When it comes down to it, I actually believe all this mainstream praise as “being the best” is something that could really come back to bite the Bucs in the ass going forward; at least in the point spread marketplace.

It starts this week with the Giants, but with the rest of Tampa's schedule consisting of games vs New Orleans, at Carolina, vs LAR, vs KC, vs Minnesota, at Atlanta, at Detroit, and at Atlanta after this week, Tampa having a losing ATS record the rest of the way is an interesting proposition I'd only look towards the “yes” on.

The “Buccaneers tax” is only going to get greater with each passing win and news story of praise, and as long as that is the case, and if you want to “crown their ass” now, then go ahead, I'll be patiently waiting to take as many points as I can with Tampa's opponents in the weeks ahead.