Three losses in their last four games probably will end up being what was the writing on the wall for this team, but a win over the Chargers keeps them breathing for now.

A home date with Miami is what awaits next week for Las Vegas, and should they get some help from their old friends in New England (who probably who them at least one for the Tuck rule) this week in beating the Dolphins, next week becomes pretty important.

But an overturned replay on the final play of the game was the reason Vegas won their first meeting with the Chargers, and losing three of four at this stage of the year can suggest the obvious as well; maybe they aren't there yet.

Year 1 in Vegas was supposed to be much more of a party for this organization then anything 2020 actually brought, and the Raiders may be on fumes.

So what kind of effort do you get from Las Vegas in this game? That's where I've got to start here.

Even with the Chargers on the other side and being the organization that continues to write the book on astonishing ways to lose, I'm not sure they can fully believe they can make up two games on one of Miami/Baltimore, but that's still all it takes at the same time as well. They even get a head-to-head with the Dolphins. It's there for them too. 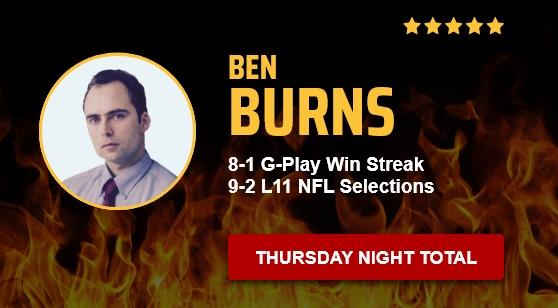 The first game finished with 57 points, and had that final call stood it would have been in the mid-60's. The Raiders have allowed 35 or more points in three of their four games since then, and have their own interesting stories about end of game scenarios.

L.A.'s 45-0 loss isn't nearly as bad on their defense as it looks though, and how much of Atlanta's three INT's were on Matt Ryan or the Chargers defense is anyone's opinion, the Chargers still blanked the Falcons on the second half last week. The Chargers were also one of two teams to hold the Bills to 27 or fewer points in Buffalo's past five outings.

Who knows what kind of effort you get from the Chargers here, as they've known their season is over for a long time now, but also know there really aren't any great explanations for why that shouldn't be the case.

Finishing the year strong and learning how to close out games may keep their coach around for another go would be good to have in the memory bank for the off-season, but the coach is still assured to be around.

The effort should always be there on offense for the Chargers, because Herbert's got learning and growing to do at this level regardless of the win-loss record. Winning always helps reinforce the positive, but questioning the effort on the Chargers defensive side, and both sides of the ball for the Raiders makes this total an easy pass.

Any sort of whitewash game that's blown open early could see 'over' money dry up in a hurry – the Chargers gave up 45 to New England and still cashed an 'under' ticket – but another 34-31 type game that comes down to a late drive easily has the 'over' getting there.

Flipping the result from the first meeting lands on the 'under' and the Chargers have cashed three in a row on that side. But if all those picks were on Ryan last week, that one could have easily sailed 'over'.

Can't be comfortable with holding any 'under' ticket here, and can't fully trust the 'over' ultimately getting there if one side packs it in. Pass all the way around.

Chargers vs. Raiders
Handicapping the Side

With the thinking being along the lines of questioning what kind of effort we get from one side of the football for L.A., and both sides of the ball for Las Vegas, I'm generally always going to land on the underdog in that regard.

Because it's the offensive side of the ball for the Chargers is the one you can trust to get the effort from, taking the points with that side is the preferred comfort spot. If the execution doesn't end up being there then so be it, with a rookie QB it's to be expected at times.

But this is also one of the few past mistakes the Chargers made this year they get a chance to rectify, and if the Raiders aren't very good, well then why not take points against an overvalued favorite? There are teams like that on every board that opinions are created on.

I mean, wouldn't it be awesome to see the Chargers win out, winning four in a row to finish 7-9 SU, rectifying bad losses to each division rival in the final three games, with a win at Kansas City for the finale.

Also, finish the year with the run away Offensive ROY in Herbert, and yet, still be sick with their season as they should have been a 10-win team, and have to have at the minimum, uncomfortable conversations about firing their coach.

Any home field advantage the Raiders expected to have in Year 1 has had to wait, as they are 2-4 SU (3-3 ATS) at home overall this year, winning the season opener over the Saints, and then beating up on the Broncos as well.