Tough for any Devils approach to have a strong leg to stand on, as even the “professional pride” angle showing up after six straight losses would have likely been something we would have already seen from them.

New Jersey just lost four in a row to the Rangers, and you would have figured that some professional pride would have surfaced after losing the first two of those games by shutout. Wasn't the case as the Devils were outscored 11-6 in the next two losses.

The six-game losing streak for New Jersey started with a pair of losses to this Penguins team, as Pittsburgh potted 11 goals in the two games themselves. New Jersey can't keep the puck out of their own net at all right now, and until that changes, the Devils should be a fade more often than not.

Going with Pittsburgh to win in regulation or even potentially a Devils team total "under" are other potential plays to go about this game as well. 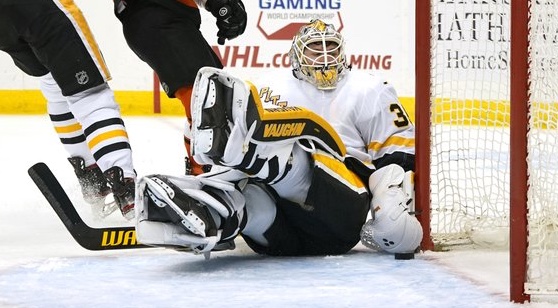 The Pittsburgh Penguins look to turn things around at home, where they ave won four of their last five games.(AP)

New Jersey is on a current six-game losing streak, two of which came against the Pittsburgh Penguins. Pittsburgh lost its last game against Buffalo 2-4, and lost lost two of its last three games.

Pittsburgh has won two straight games against New Jersey, including three of the last four. The Penguins have scored at least five goals in the last two games against the Devils.