If Nashville gets the fourth playoff spot in the Central Division, they won't have to look any further than the season series they had with Chicago as a big reason why. Nashville is a perfect 6-0 SU (1-5 O/U) in six games vs Chicago this year, never allowing more than two goals against in any game.

The Predators 5-2 win the other night was the first meeting to cash an "over" ticket, as a 3-2 deficit for Chicago after 40 minutes turned into a 5-2 deficit after 41 minutes and any hope of a comeback was killed. I would like to trust that the Hawks will be willing to throw everything they've got at trying to finally beat this Nashville team this year, as they still only trail the Predators by four points for that final playoff spot.

Not entirely sure I can trust the Blackhawks to hold onto the win late if that's how it plays out, as Nashville's scored at least three goals on Chicago in all but one of the previous six games and the Hawks sit with a 2.87 xGA/60 number to begin with.

10 total power play opportunities only resulted in a single goal the other night and we still got to seven tallies. These two teams should be able to get to at least seven again tonight. 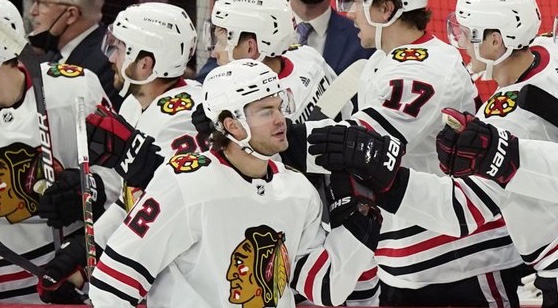 Chicago is looking to snap a six-game losing streak against the visiting Nashville Predators. (AP)

Nashville is coming off of a 5-2 victory over Chicago, snapping a two-game losing streak. Chicago's last game was the loss to Nashville, but has won three of its last five games scoring four goals in all three wins.

Nashville has won the last six games against Chicago, while the goal total has gone UNDER in four of the lat five meetings.