After losing 4-1 to the Kings on April 20th , Anaheim returned home for a quick 5-1 beating from Vegas, and now return to Los Angeles to start four straight against the Kings (two in LA, two in Anaheim). As I've been saying all year, when we get California teams playing one another and one of them is laying about 50 cents or more, look to the underdog and letting the chips fall where they may.

Anaheim may be a level below LA and San Jose, but they are still 2-2 SU against the Kings this year, and it wasn't long ago (April 12th and 14th ) that the Ducks found themselves in a similar position as +160 and +150 road underdogs in San Jose and Anaheim took both games to the win column. Hopefully that same thing can happen tonight. 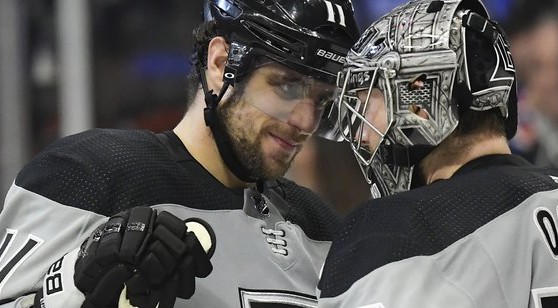 Los Angeles looks to win its third straight game when facing the Anaheim Ducks when they take the ice Monday. (AP)

Anaheim is coming off a 5-1 loss to Vegas Golden Knights, marking the fourth straight loss for the Ducks. Los Angeles is also coming off a loss, dropping 4-0 to the Arizona Coyotes. The Kings have lost four of their last five games.

Los Angeles won the last two meetings against Anaheim, a combined score of 9-2. The goal total has gone OVER 5.5 in two of the last three matchups between the two clubs.