This isn't the same scenario that we had from Washington/NY Islanders over the weekend, as the 1-0 result from Pittsburgh/Boston on Sunday didn't require OT, but since going to the 'over' worked so well in that Caps/Islanders game after the 1-0 game, I see no reason to stray from that line of thinking tonight.

A 1-6 O/U record in the head-to-head meetings could be considered a deterrent, but the one 'over' did finish with a 7-5 score, so it's not like these two teams aren't capable of scoring goals. Boston is on a 5-1-1 O/U run after scoring two or less in their last outing, and off a shutout win this year, Pittsburgh is 1-1 O/U but those two games have finished with an average of 7 goals per game. I'm hoping that average holds true tonight and we get a 3-3 game and let the ML result land where it will. 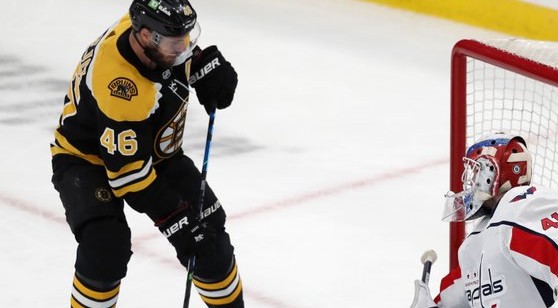 The Bruins look to snap a two-game losing streak with a road game against East Division rivals the Pittsburgh Penguins. (AP)

Boston has lost two games in a row, most recently to Pittsburgh 0-1. Pittsburgh's 1-0 win over Boston is its most recent result as well, winning four straight games - all at home.

Pittsburgh won the last meeting 1-0, although neither club has won back-to-back games over the last five meetings. The goal total has gone UNDER 5.5 in four of the last five matchups between both clubs.