Nothing on the line here after Winnipeg clinched the No. 3 seed with their win last night, as rest is probably in order more on the Oilers side than anything. Edmonton's still got one game remaining (vs Vancouver) after this one so there is a variety of ways they can chose to play things, but I can't imagine they are looking to risk the health of their top guys.

Without knowing that yet, tough to fully commit to a Montreal ML play, as it was only going to be them with something to play for, but they are now locked in that final No. 4 spot. Who knows what kind of rest approach they decide to take, and as we saw from the Bruins/Capitals game last night, these games can be hard to watch as everyone just wants to get out of dodge.

That's the type of game I expect we get here with five goals feeling like a ceiling. 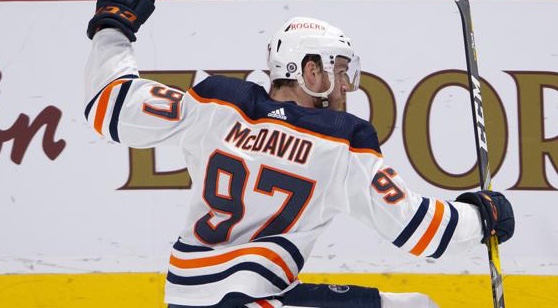 The Edmonton Oilers have lost seven of their last eight games when playing at night after an overtime win. (AP)

Edmonton is coming off of back-to-back 4-3 wins, one over Montreal and the other against Vancouver. Montreal's most recent result was the 4-3 loss to Edmonton, and have lost four straight games.

Edmonton won two of there last three meetings against Montreal, including covering the puck line in three of the last four. The winning team has scored exactly four goals in four of the last five meetings.