It's becoming more difficult to wager against Barry Trotz when competing for Lorde Stanley, but there are trends backing Pittsburgh. The home team has won three of the last four games played between both clubs, with the Game 1 Islanders' victory being the one miss.

Pittsburgh has also won eight straight home games after going into overtime the game prior. With the Penguins losing Game 1, expect the urgency and all-around play to step up. If Evgeni Malkin returns that would probably see the current Penguins ML go up a bit more, but outside of Trotz's playoff record, there's more conviction and data to support the Penguins here.

The underdog has covered the puck line in four of five meetings, but the +1.5 for New York is too expensive. The Islanders have won the second period in six of eight games as the underdog, which has a plus-value at +102. This wager would allow for a good game from New York without the pressure to win. There are some creative ways to bet on this game, so explore wisely but there is a possible hedge play recommended. 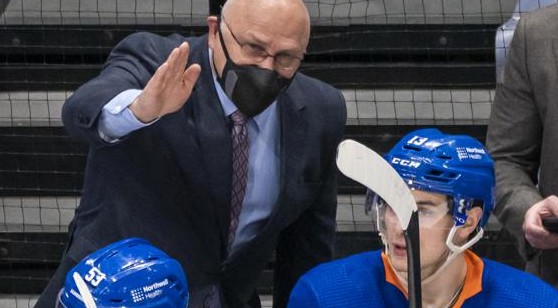 The New York Islanders have gone UNDER the goal total in eight of their last 10 games when playing on a Tuesday. (AP)

Depsite winning Game 1, New York has lost -$707 when playing on the road this season. The Islanders have compiled a 12-13-4 record when playing away from home. Pittsburgh has won $799 for bettors this season when playing inside PPG Paints Arena. The Penguins are 22-4-3 when playing at home.