The Montreal Canadiens would love to add to their misery. They were down 3-1 after four games in this series, fresh off a shutout in Game 4, and they had amassed a total of just four goals of offense through the first four games. In a pair of wins in Games 5 and 6, the Habs are averaging a healthy 3.5 goals per game.

A big reason for the Leafs being in that same old position, facing another embarrassing first-round defeat, has been multi-fold. They lost John Tavares to an injury in Game 1, although they still went on to win the next three games. That's simply not an excuse. Superstar Auston Matthews, who led the NHL with 41 goals, has lit the lamp just once in six games. That's better than Mitch Marner, who has no goals in the series.

Carey Price has had a lot to do with the frustration of Marner, Matthews and company. He has allowed just five goals in the past two wins for Montreal, turning aside 73 of the 78 shots he has faced. 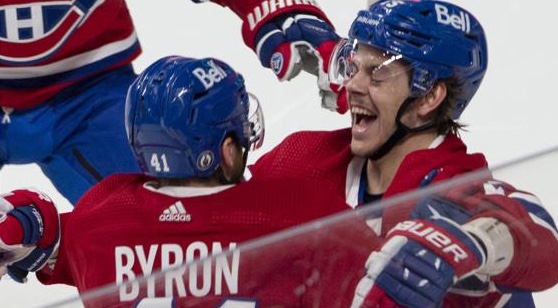 The goal total has gone UNDER in three of the last four meetings played between the Montreal Canadiens and the Toronto Maple Leafs. (AP)

The Canadiens have made life miserable for the Maple Leafs in the past two games, as even the most confident of teams has to have some nerves and doubt creeping in. The Maple Leafs franchise has been snake-bitten for a long time, and all of the pressure in this Game 7 is on the home team.

Toss in the fact that you have a seasoned veteran goaltender in Price facing a neophyte in Campbell, playing in his first NHL playoff series, and all of the signs are there for yet another Toronto collapse. But the headlines on Tuesday will read: Maple Leafs escape disaster, face Jets next. But it certainly won't be a game in which bettors breathe easily, that's for sure. In fact, a sigh of relief likely won't happen until a late empty-net goal.