All Atalanta’s focus for the rest of the season is on making the top four in Serie A.

They were disappointing in their Champions League exit to Real Madrid, but their league form is excellent following a patchy spell in January and February. The Bergamo side have won six of their last seven league games.

They have been typically free-scoring, hitting 17 goals in those matches. Their home games this year have yielded an average of 4.1 goals per game, and this clash against mid-table Udinese should be similarly high-scoring.

Udinese have pulled well clear of the relegation battle and can approach this game with some freedom, so it should be an entertaining match. 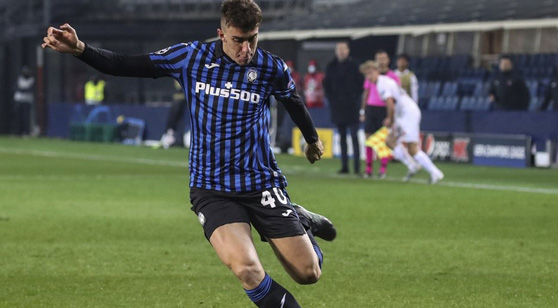 Atalanta has gone 4-1 in its last five home matches, scoring 15 goals in the four victories. (AP)

Heading into this Matchday 29 fixture Gian Piero Gasperini and his Atalanta squad are seated in 4th place in the league with a total of 55 points from their 28 games played while Luca Gotti and his Udinese team sit with 33 points in 12th place.

The two clubs are separated on the league table by 22 points and 8 places with 28 matches played so far this season.

ESPN+ subscribers can watch Atalanta vs Udinese on Saturday morning plus plenty of other Serie A action.

Atalanta have now seen a form run of W,L,W,L,W and have earned a total of 9 points in their last five matches taking a win against Hellas Verona in their previous match.

Visitors Udinese had a loss against Lazio in their last contest and have claimed a total of 8 points from their last five matches to give them a form run of L,D,W,D,W.

Considering home and away form, Atalanta have won 12 points in their last five matches at Gewiss Stadium.

Meanwhile, playing away from home their last five times, Udinese have earned 6 points.

Atalanta vs Udinese Head To Head

Previous to this match, Atalanta and Udinese have met a total of 40 times.

Games between the two clubs have ended drawn 11 times.

Atalanta won its previous game. Hellas Verona was their last opponent. That game ended with a score of 2 - 0. In their match against Hellas Verona, Atalanta had the following ball possession : 48%.

Looking at shots on goal, Atalanta, in its previous game, shot 15 times on target and in the same game, Gian Piero Gasperini's men gave up 3 shots.

In their last game Udinese cam away with a defeat. Luca Gotti's team played Lazio. After 90 minutes, the score was 0 - 1. Against Lazio, Udinese had a ball possession of 51%.

Atalanta is the favourite to win this match between Atalanta and Udinese according to the bookmakers.