Toby Maxtone-Smith is back for best bets, predictions and picks for EPL Matchday 22 fixtures that begin on Friday, January 14 and conclude on Sunday, January 16.

Manchester City have won 11 games in a row but they look too short to back at 13/20 against second-placed Chelsea. Even if the Blues win here, City are probably still too far away to make the title race meaningful, but among their wins there has been a noticeable drop-off in City’s performances of late. They were extremely fortunate to win at Arsenal last time out.

They did not create much in a 1-0 win at Brentford and conceded three to Leicester in the game before that. Chelsea seem to be over their December slump after confidently dispatching Tottenham 3-0 on aggregate in the League Cup semi-finals. The Blues beat City three times in the second half of last season, and although they were outplayed in the reverse fixture, they look better away from home and can come away with a result.

There is a huge game at the bottom of the table at St James’s Park on Saturday and Newcastle look value to pick up just their second win of the season. Newcastle were embarrassed by League One Cambridge United in the FA Cup last weekend, but they can take great heart from their performance in a 1-1 draw with Manchester United before that - they should have won the game.

Watford have lost ten of their last 12 games and are without two key attackers in Emmanuel Dennis and Ismaïla Sarr, who are at the Africa Cup of Nations. Their general performance level has been extremely low and Newcastle, bolstered by the signings of Chris Wood and Kieran Trippier, can get the win they desperately need. 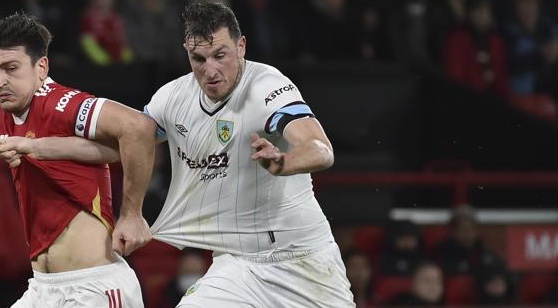 Norwich are probably the worst team the Premier League has seen for three years, but even then Everton probably cannot be trusted to win at evens. The Toffees are barely going at a point a game this season and struggled to get past Hull in the FA Cup last weekend. This match looks like a low-scorer. Norwich have scored a mere eight league goals all season - five of which have been scored by Teemu Pukki. They desperately lack quality in attacking areas. Everton, however, do not have the fluency to cut them open at will and still have a few big injuries in attacking areas.

Southampton have had an inconsistent season but they seem to have found some form in 2022. They were extremely impressive in a 4-1 win against Brentford in midweek, and before that played well in the FA Cup against Swansea, winning despite going down to ten men. Wolves are a tricky, improving team, but they are generally easier to fancy when playing against good teams.

There have been only 28 goals in their 19 games this year - an extraordinarily low figure that makes backing them at 5/4 to beat a decent team like Southampton hard to recommend. In a game where one goal is likely to decide the outcome the Saints look a good price.

Aston Villa were extremely unlucky to lose to Manchester United in the FA Cup third round on Monday night and they look good to get revenge on the Red Devils at Villa Park. United were awful for much of the game and Villa should have been ahead by half-time. United’s performances have been dreadful over the last month and that is reflected by them being as big as 6/4 to win this match.

But that is justified: there are few signs of improvement, while Villa have already made big strides under Steven Gerrard. They have a deep squad which has been bolstered by the additions of Lucas Digne and Philippe Coutinho in January. At 2/1 they can oblige as outsiders.

These two North London rivals come into this derby match in very different moods. Spurs are demoralised after losing to Chelsea in the League Cup semi-finals, while Arsenal are clearly on the up. They battled hard with ten men for a 0-0 draw at Liverpool on Thursday night and have won eight and lost four of their last 12 games. However there are reasons to hold back from taking the Gunners at 9/4.

The Liverpool game will have taken a lot out of them, and they are beset with Covid absentees, injuries and suspensions. Perhaps most pertinently, away teams have a terrible record in this fixture. In the last seven derbies hosted by Spurs, Arsenal have drawn two and lost five. There is not a great deal to like about Spurs at the moment though, so a draw might be the way to go.