The Trojans rose to their highest-ever ranking at No. 5 heading to Stanford last week. They suffered a 75-69 loss as 6.5-point favorites on Jan. 11 as the OVER connected. USC bounced back at home with a win over Oregon State, 81-71, on Jan. 13 while missing as a 14-point favorite as the OVER once again connected. And, last time out on Saturday, the Trojans were once against rocked to sleep against Oregon, falling 79-69 as a six-point favorite in L.A.

Colorado has been red-hot lately, winning six of the past seven games. The Buffaloes topped Arizona State last time out, winning 75-57, rebounding from a 76-55 blowout loss at Arizona on Jan. 13. The Buffaloes had four scorers post 11 or more points against Sparky, including 18 points and 13 rebounds from Jabari Walker, and he was one of three players to knock down at least two triples.

USC has dropped two of the past three games straight up, while failing to cover in each of the past three outings. The Trojans are also 2-6 ATS in the past eight games overall. USC has had some success on the road inside the conference, going 2-1 SU/ATS away from home in the league, although it lost last time out at Stanford on Jan. 11.

For totals, the OVER is 4-0 in the past four outings. However, the UNDER has posted an 8-3-1 in the past 12 games on the road, while going 9-2 in the past 11 outings against teams with a winning overall record.

Colorado has been hot against the number, cashing in three of the past four games overall, while going 6-1 SU across the past seven outings. The UNDER has hit in seven of the past nine overall, which is a stark contrast to the OVER run for USC lately. The UNDER is 8-2 in the past 10 games against teams with a winning overall record, too.

The Buffaloes have dominated this series of late, winning seven consecutive meetings, while Colorado is 6-1 ATS during the win streak. The last win for USC in the series was a 75-64 victory in Boulder on Feb. 21, 2018. After an 8-0 UNDER run in this series, the OVER has cashed in each of the past two outings, both meetings last season with limited or no crowd. 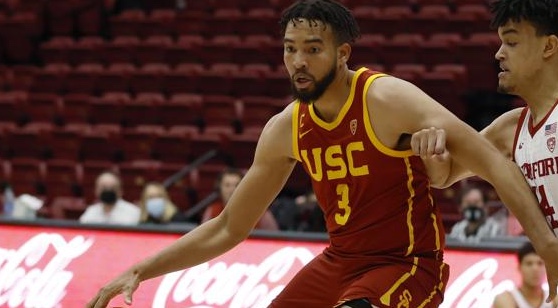 INSIDE THE STATS - USC TROJANS

INSIDE THE STATS - COLORADO BUFFALOES

Colorado is humming along lately, winning six of the past seven games overall, while USC has hit a speed bump with two losses in the past three games overall. Toss in the fact the Buffaloes have dominated the Trojans over the past three years, and the CU Events Center is about the last place the Trojans want to find themselves while trying to get back on track.

The Buffaloes swept this series last season, including an 80-62 victory over the Trojans in Boulder on Feb. 25, 2021. The Buffs have won three in a row at home against the Trojans, winning by an average of 10.3 PPG in those victories. Colorado is also 6-1 ATS in the past seven meetings in this series. USC is a much better team this season than at any point during this losing skid against Colorado, but they're colder than at any point as they have been this season. A tough trip to Boulder is not what USC needs, and it isn't going to end well for the tumbling Trojans. The books expect this to be a good game, and it likely will be decided in the final minute.