It's been another high-intensity series between these NL West rivals. Los Angeles finally grabbed a win on Saturday night as the Dodgers go for the split today.

Expect things to go back to a low-scoring affair after the Dodgers and Padres went Over the total on Saturday as Dustin May and Joe Musgrove should put together a pitcher's duel in a slim Los Angeles victory. 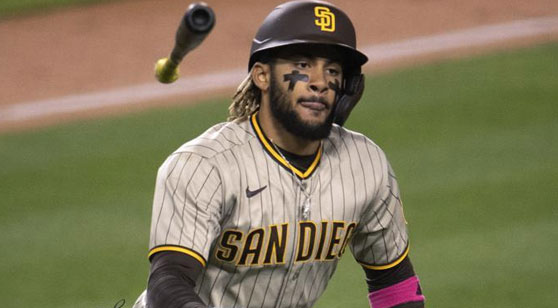 The San Diego Padres own a 12-11 record and sit in third place of the National League West. In spite of Saturday's loss, San Diego has put together a strong 7-3 road mark this season.

The Los Angeles Dodgers remain atop the National League West at 15-6 with the best record in Major League Baseball. The Dodgers and the rival Giants each possess the best home record in baseball at 7-2.

The Dodgers captured the first series between these division rivals last weekend in San Diego by winning two of three games. Los Angeles won the first two contests by scores of 11-6 and 2-0 before San Diego avoided the sweep with a 5-2 comeback victory in the series finale.

The road team continued its dominance in the first two games as the venue shifted to Dodger Stadium. The Padres edged the Dodgers, 3-2 on Thursday night, before pulling away from Los Angeles, 6-1 on Friday.

Los Angeles avoided its first three-game losing streak since 2019 as the Dodgers held off the Padres, 5-4 on Saturday. San Diego led, 2-0 after two innings, but L.A. rallied back, capped off by a three-run sixth inning to win and cash as -140 favorites.

In spite of Saturday's loss, Padres' star shortstop Fernando Tatis, Jr. hit two home runs for the second consecutive game, as five of his six homers this season have come against the Dodgers.

Musgrove tossed the first no-hitter of the season on April 9 at Texas, but the right-hander is winless in his last two outings against the Pirates and Brewers.

The right-hander struck out 13 in seven innings of work against Milwaukee, but allowed two home runs in a 3-1 loss as San Diego squeezed out two hits.

May is coming off his first loss of the season against the Mariners in which he allowed a season-high four runs in five innings of a 4-3 defeat as a -205 favorite.

The Dodgers are 5-1 in May's last six home starts since the start of the 2020 season. The only loss came to the Padres in a 2-1 setback last August as a -200 favorite, but the right-hander tossed six innings and yielded only five hits as Los Angeles' offense provided only four hits in the defeat.