The Twins are a tough team to back right now considering they are riding a five-game losing streak and own the worst record in Major League Baseball.

Oakland has one of the top road marks in the game and has already beaten Minnesota four times this season so there's no reason to go against that trend. 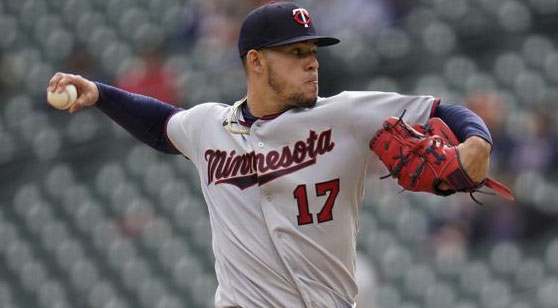 Jose Berrios takes the mound for the Twins this afternoon as they try to end a five-game losing streak. (AP)

The Athletics remain atop the American League West with a 24-16 record after routing Minnesota in the series opener, 6-1 at Target Field on Friday.

Oakland continues to dominate on the road by improving to 11-5 away from the Bay Area, while maintaining a 1.5-game edge over Houston for first place in the AL West.

The Twins have dropped five consecutive games and still own the worst record in Major League Baseball at 12-24. Minnesota has been an equal opportunity loser this season by going 6-12 at Target Field and 6-12 on the road.

It's been all Athletics this season against the Twins as Oakland has posted a perfect 4-0 record in this series.

Minnesota has been limited to one run or less in three of the four losses, while going 1-6 in the previous seven matchups with Oakland since 2019.

Since losing his opening start, 9-2 to the Astros, Irvin has seen the 'under' cash in six consecutive outings for Oakland.

Irvin is coming off three straight starts of tossing at least six innings, but the A's are 0-3 in the southpaw's three starts in the underdog role this season.

Berrios began the season with victories in his first two starts, but the right-hander has picked up only one victory in his last five trips to the mound.

The veteran has allowed two earned runs or less in five of seven outings this season, while the 'over' has cashed in all three home starts.