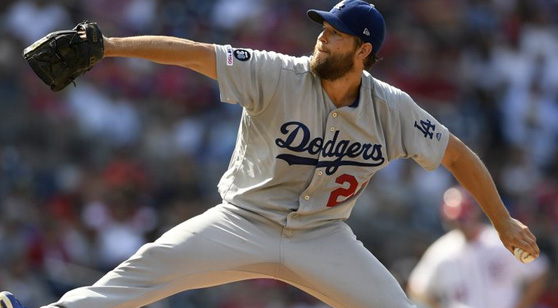 Washington pitcher Max Scherzer gets the ball on Opening Day against Aaron Judge and the New York Yankees, who famously took Mad Max deep in his only at bat against him in the 2018 All-Star Game. Other than that, Scherzer has not pitched against the Yankees since 2015, and in situations like that, it tends to be advantage-pitcher.

Back Mad Max on Thursday at FanDuel!

Only 4 teams struck out more per 9 innings than the Yankees last year, averaging 9.58 per game. Scherzer got banged around by a familiar foe in the Philadelphia Phillies a few days ago in a summer camp exhibition, but was still able to tally 6 K’s in 5 rocky innings.

Teams outside of the National League East really struggle to see Mad Max well, and many of these Yankees hitters are going to be seeing Scherzer’s stuff for the first time in their career. This one should be a strikeout-fest.I expect Max to at least go 7 innings I this one. The 2 best strikeout pitchers in baseball, against 2 lineups that strikeout a lot. I lean Scherzer’s over due to the Yankees’ big bats inexperience against the vet.

One of the best Opening Day starters of all time takes the mound against an inner-state rival in the San Francisco Giants. Kershaw holds a 5-1 record and 1.05 ERA on Opening Day, and the Dodgers are 7-1 in those Opening Day games that Kershaw has pitched in. In 29 starts last year, the Dodger left-hander was able to reach at least 6 strikeouts in 20 of those games.

While the Giants rank near the bottom of the league in most batting statistics, they don’t strikeout very much; just 8.38 strikeouts per 9. The total o/u seems to reflect that stat, sitting at just 5.5. Last year Kershaw struck out over 9.5 batters per 9 innings. The Giants may not traditionally strike out a ton, but I believe that at this time, batters are behind pitchers in their seasonal progressions, and that should reflect in early strikeout totals for pitchers.

If the game stays remotely close at all and Kershaw starts the 6th inning, I expect this strikeout total to go over with ease; 5.5 is too low of a total for a guy as good as Clayton Kershaw is on Opening Day.

Like I said above, I expect pitchers to come out of the gate much further ahead than batters, and Opening Night we have what is set to be a blockbuster pitcher’s duel. I don’t expect either of these teams to be able to string together multiple hits and really get anything going against the opposing starting pitcher. The Nationals were weird against Gerrit Cole in the World Series last year.

One game, he completely shut them down, allowing just 1 run on 3 hits. But the first time Cole faced the Nats in that series, he got shelled, allowing 5 runs on 8 hits. Games like this one are when Anthony Rendon’s absence is going to be felt the most. I don’t expect the Nats to be able to get those big hits when they need them most; and I expect the Yankees to live and die with the long-ball early.

Expect lineups to be slow out of the box scoring runs, especially in early games that have loaded pitching matchups. It takes time for teams to rearrange their lineup after losing a piece as big as Rendon. I don’t expect them to be able to figure out what combination works for them on the first try. The first run of the MLB season might not be scored until the 6th inning, let alone 5 of them. This is a good under.

The Dodgers might just have the best lineup in the National League, and it should be on full display Opening Day. This game feels like it has been drawn up to be some sort of “Dodgers Showcase.” Cody Bellinger is a career .353 hitter off of Johnny Cueto. Justin Turner is batting .375 off Cueto in 32 AB’s. Even newly acquired Mookie Betts is a solid 3 for 6 off of Johnny Cueto.

Press L.A. and its offense at FanDuel Sportsbook!

The Giant’s opening day starter just isn’t the same pitcher he used to be, and most of these Dodgers hitters were very good hitters against the pitcher he used to be. The Dodgers were 5th in the MLB in runs per game last season at 5.44 runs, and I expect this game to be one of those games that pads that average.

Who’s going to hit the big Opening Day home run that everybody is going to see on Sports Center Friday morning?

This might just be the most fun opening day prop, and with only two games being on the slate for Thursday, there might be some edges to exploit.

The 21-year old from the Dominican Republic has homered 2 times in just 6 at-bats vs. Gerrit Cole. While these 2 bombs were hit in a world series-environment, I think it is fair to say he sees the ball very well out of Cole’s hand and is going into Opening Day with loads of confidence.

While Stanton owns just a .222 batting average vs. Max Scherzer, he is one of the few Yankees who is familiar with the National Ace’s stuff. He has 2 homeruns off Scherzer in 18 AB’s and I believe he should be the favorite to hit the first bomb for the Yanks this season.

Chances are, the first home run from the 2020 MLB season will come in the Yankees vs Nationals game, but if for some reason that game goes homerunless, I love the odds for these 2 guys to homer in the second game of the Opening Day double-header.

Justin Turner is batting .375 off of Johnny Cueto in 32 AB’s with 2 HR’s, and 3 2B’s. Corey Seager is also batting .333 off of Cueto with 3 bombs and a double in just 36 AB’s. These are longshots to cash, but just in case no balls leave the park in the first game, these odds become extremely intriguing.