The Yankees will be looking to end a two-game losing streak on Saturday afternoon after getting blown out by the Nationals on Friday.

Both hurlers have pitched well of late, but the Yankees should come away with a win over Scherzer and the Nationals on Saturday. 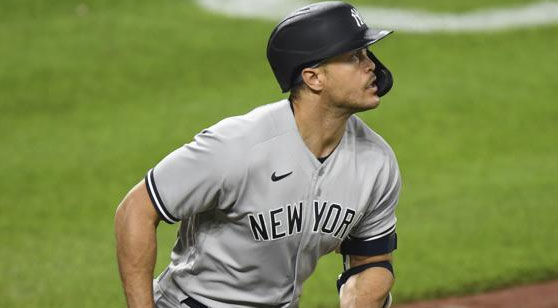 The Yankees look to snap a two-game skid on Saturday when they battle the Nationals. (AP)

The Yankees slipped back to .500 after Friday's loss to the Nationals as New York owns a 16-16 record.

New York sits three games behind Boston for first place in the American League East, while posting a 9-9 record at Yankee Stadium.

The Nationals are currently at the bottom of the National League East at 13-15, but Washington is only two games out of first place.

The Nationals captured the first matchup of their three-game set in the Bronx, 11-3 as +155 underdogs on Friday night.

Washington busted the game open with a six-run eighth inning, while the Nationals went deep four times in the victory.

The three-time Cy Young winner finished off his first complete game of the season this past Sunday in a 3-1 victory over the Marlins.

The Nationals improved to 4-2 in Scherzer's six starts this season as the right-hander struck out nine batters and allowed one earned run or less for the fourth time this season.

Kluber has taken home a pair of Cy Young awards in his career and is looking for a resurgence in New York after getting hurt early last season with the Rangers.

The former Cleveland ace is coming off his best start as a Yankee by striking out 10 in eight innings as New York blanked Detroit, 2-0. Kluber has cashed the 'under' in four straight starts, while the Yankees are 5-1 to the 'under' in his six outings.