The Arizona Diamondbacks and the San Diego Padres play the second of a three-game series on Tuesday, June 21, 2022 at the Petco Park.

The Arizona Diamondbacks enter this matchup fourth in the NL West standings, nine and a half games behind the Dodgers for first place. The Diamondbacks went 2-1 SU in their most recent series against the Minnesota Twins and have gone 5-5 SU in their last 10 games. The Diamondbacks offense has scored seven runs in three of their last four games, well above their season average of 4.10 runs per game. Center fielder Daulton Varsho has been their most productive hitter with a batting average of .243 (54-222), nine home runs, and 28 RBIs.

San Diego is currently second in the NL West standings, half a game behind the Dodgers for first place. The Padres were swept in their most recent three-game series against the Rockies and have gone 5-5 SU over their last 10 games. The Padres have been one of the highest scoring teams in the MLB this season, averaging 4.70 runs per game. However, bettors should be sure to keep an eye on third baseman Manny Machado’s status, who is listed as day-to-day after spraining his ankle Sunday against Colorado. Machado has been a huge part of the offense this season with a batting average of .328 (83-253), 12 home runs, and 46 RBIs.

These teams met for a four-game series to kick off the season. San Diego took care of business on the road, winning three of the four games. I like that trend to continue and for the Padres to control most of this series. Even with Machado listed as day-to-day, the Padres are an all-around better team. On top of that, Sean Manaea will take the mound for the Padres. Manea pitched seven perfect innings against the Diamondbacks in his first outing of the season and should see similar success here. Backing the Padres to cover the runline in this one.

Arizona fell to the Cincinnati Reds 2-1, but captured its series against the Twins on Sunday. The Twins scored only one run against the Arizona Diamondbacks on Sunday, which was Arizona’s best result in the last two series.

The Diamondbacks were the weakest on Saturday, when the Minnesota Twins scored 11 runs in game two of a three-contest series against the Twins. The Padres won 4-0 against the Cubs last Thursday, but lost 0-4 to the Rockies in their next game on Sunday. In the first contest against the Chicago Cubs on Monday, the San Diego Padres were in their best form in the last seven games, keeping the Chicago Cubs at only one run.

The third of four games on Wednesday marked a 19-run effort by San Diego against the Chicago Cubs, which was their best performance this week.

Arizona’s right-hander Zac Gallen takes the mound for his 12th start of the season. Gallen looks to improve on a 4-2 record and 2.91 ERA in 65 innings, while striking out 60, walking 16 batters, and posting a 0.98 WHIP. In Zac Gallen’s last start, the Diamondbacks were no match for the Cincinnati Reds, losing 7-4 on June 15, 2022. The 26-year old earned no decision in this game, having tossed seven innings and yielded two runs on two hits. In five road starts this season, Gallen has compiled a 2-2 record in 23 innings, while striking out 17, walking eight batters, and putting together a 3.52 ERA and a 1.26 WHIP.

The 2021 campaign was dominated by the Padres, who went 11-8 in this season's series. In the current season, the Padres are still up with four wins out of five games. 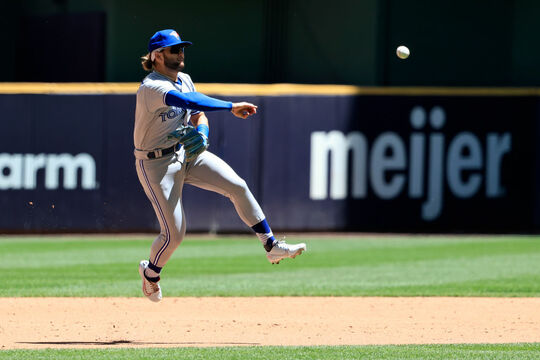