After missing last year’s All-Star game due to the COVID-19 pandemic baseball fans across the world are ecstatic for its return at Coors Field this year as the American League and National League will meet in the 2021 MLB All-Star Game.

The action from Denver, Colorado is expected to begin at 7:30 p.m. ET with FOX providing national coverage.

While a game like the All-Star game isn't easy to handicap I will be personally siding with the American League at slightly better odds. I would say the main advantage the National League has coming into this matchup is their incredibly impressive pitching staff.

Coors Field is historically known as a hitters ballpark and I think the fact that this game is being played in Colorado does give a slight advantage to the American League. The AL is known for their incredibly high-powered offenses and I think we see that take over on Tuesday.

It’s very easy, and lazy, to argue that the National League is “due” but considering the fact that this is two different rosters competing with each other every year I don’t think that logically follows. The National League just lost one of their best players, Ronald Acuna Jr., to a season-ending injury meaning we will see some last-minute unexpected changes to the starting lineup.

Overall it’s a bit of a tossup considering just how talented both teams are but I like the better odds any day. I’m excited to see if the American League can carry over some of that regular-season power and give the fans a nice high-scoring affair.

On BetMGM, the National League is currently the favorite (-115), with the American League listed at -105 as the underdog. While there has been a myriad of injuries none have affected the game more than Ronald Acuna Jr. going down with a torn ACL just days before the All-Star game was set to start.

If you’re familiar with how the All-Star game has gone over the last couple of years then you may be incredibly surprised to see the National League as the slight favorites. The American League has currently won seven straight All-Star games along with 25 of the last 32 competitions. Despite any talent disparity, there may be on a year-to-year basis the American League clearly has the National Leagues number in this game.

Whether it be injury or rest there have been multiple changes to the roster over the last couple of days including Manny Machado and Omar Narvaez being added just yesterday. Before that, the announced replacements were Tim Anderson, Chris Bassitt, Whit Merrifield and, Joey Wendle in the American League and Walker Buehler, Justin Turner, Max Scherzer, Taijuan Walker, and Freddy Peralta.

The Dodgers, Brewers, and Padres were the most represented teams this year each having five representatives. After that the Blue Jays, Astros, Nationals, and White Sox all have four players representing them. Teams with only one All-Star representative this year are the Diamondbacks, Rockies, Marlins, Mariners, Twins, Tigers, and Orioles. While some of these struggling teams due appear to be underrepresented it will be interesting to see how they perform among the nation’s best players. 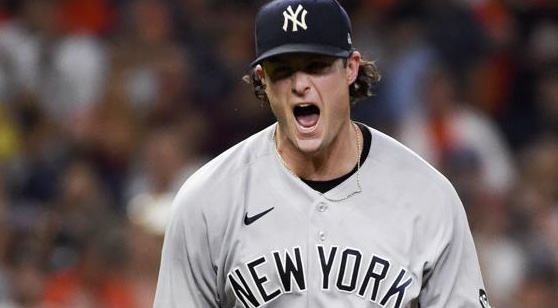 Cole Takes the Hill In Toronto